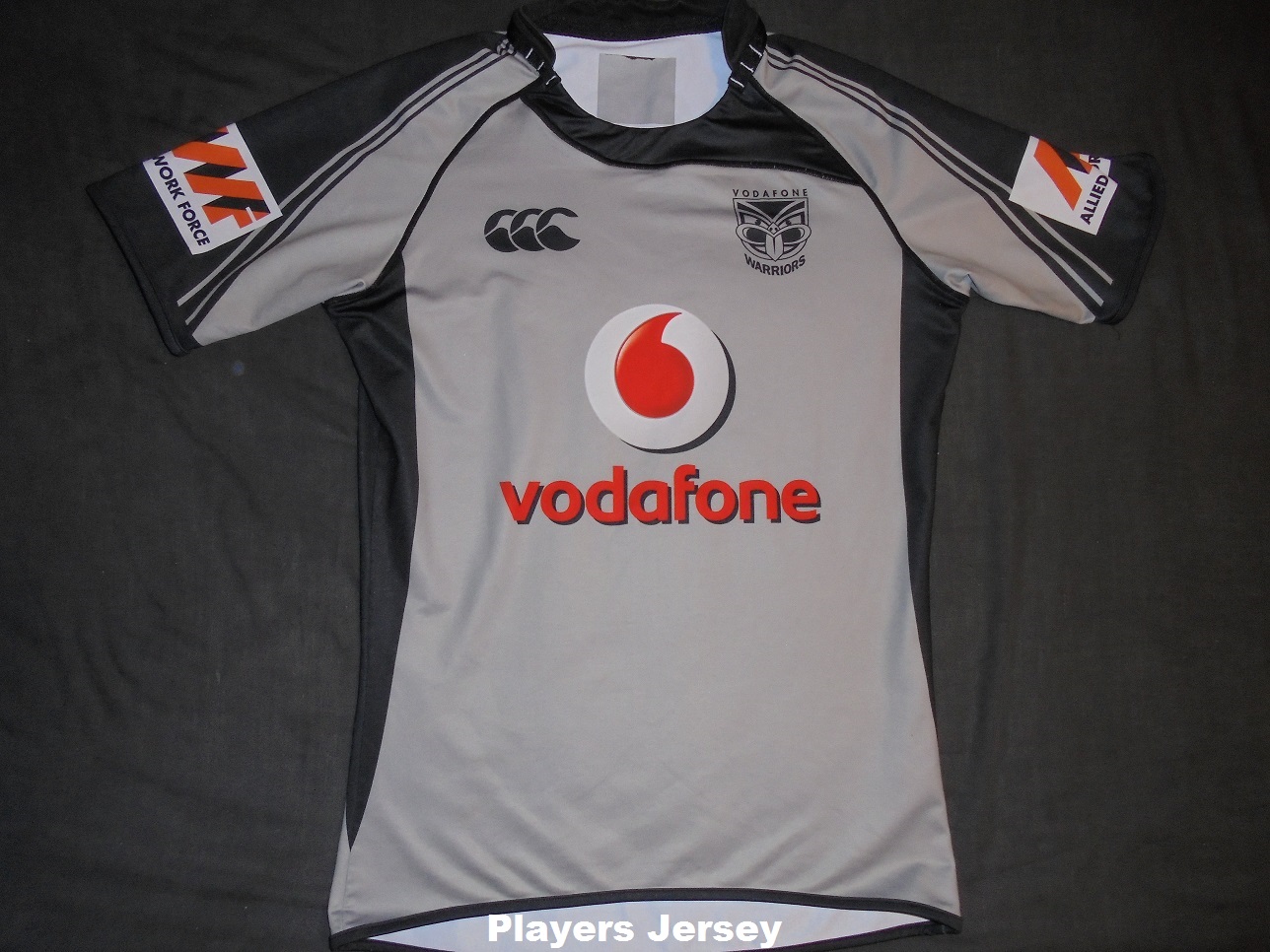 Upper Back Sponsor
CCC and Vodafone

Same training jersey as the 1st Grades but with different sponsors.

First was the different sleeve sponsor. U20's used Allied Work Force instead of Lion Red. Also Samsung was used in place of Loadlift as the lower back sponsor.

As far asIm aware there was never a black version for the U20 like there was for the top side.

PLAYERS JERSEY - These were the only jerseys available and werent offered for retail sale.

Most are still in use now and are used during training and the open trials. They were even taken to Samoa in 2013 when the Warriors went over to do a coaching clinic.

Most will be in well used condition but with them so hard to get you should still get a good price around $150...
Share:
Facebook WhatsApp Email Link