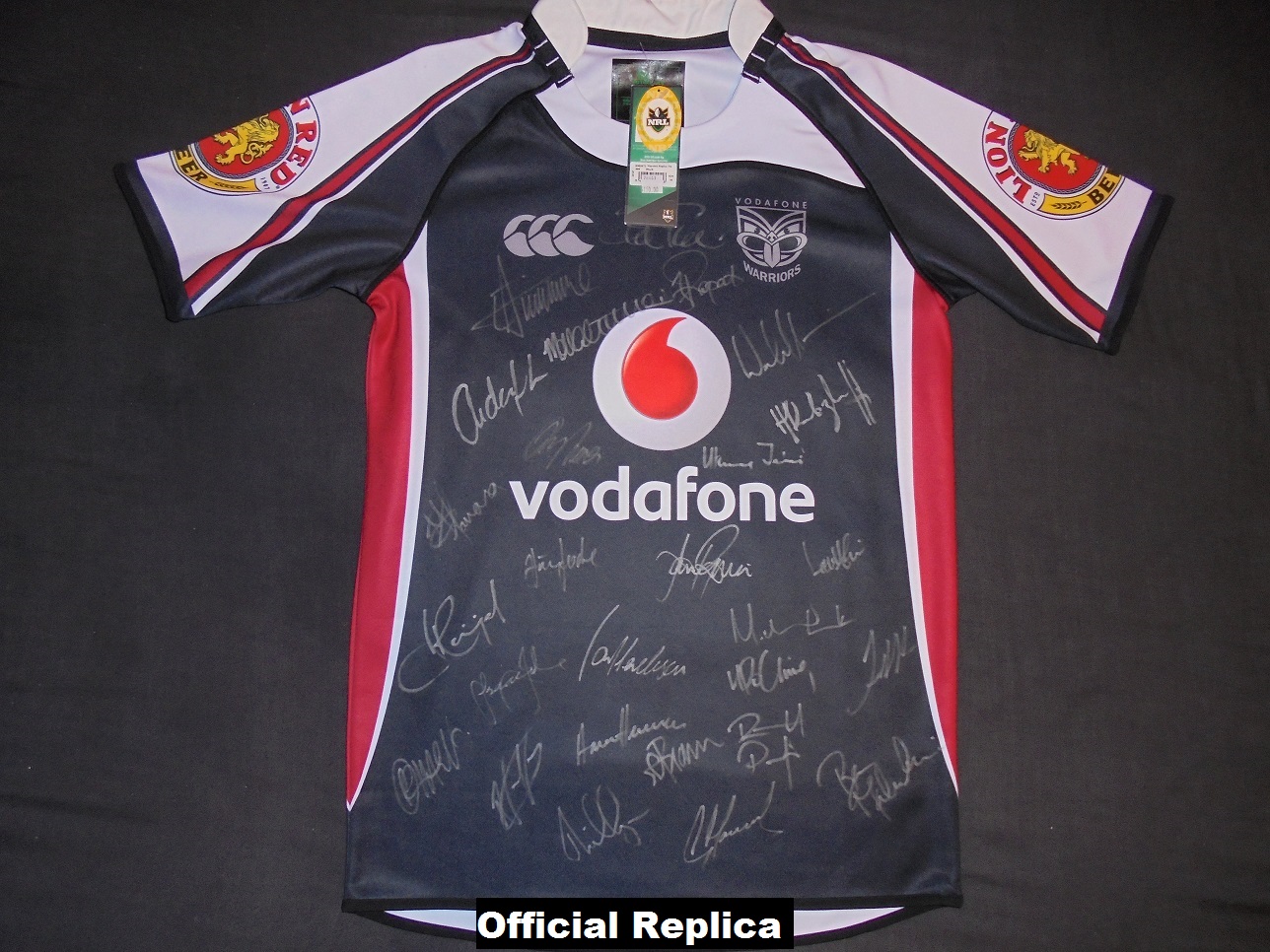 Part of the two opposite training kits for the year. Both the black and grey were the same design with different colours. These two jerseys were Canterbury of NZ's first purpose made training jerseys for the Warriors and would start a tradition of selling one colour range to the public and making the other exclusive to the team.

OFFICIAL REPLICA - The black version of these jerseys were sold to the public.

They werent as popular as the training jerseys the club promote now and didnt sell too well. They are still out there and can be seen for sale online from time to time.

PLAYERS JERSEY - These were worn during all three Warriors trials in 2009. They were used as training jerseys after the trials. The trial matches were:

I have only seen a couple for sale and both were Nathan Fein number 9 jerseys. These are rare and will fetch a reasonable price depending on whether it can be tied to a certain player...
Share:
Share