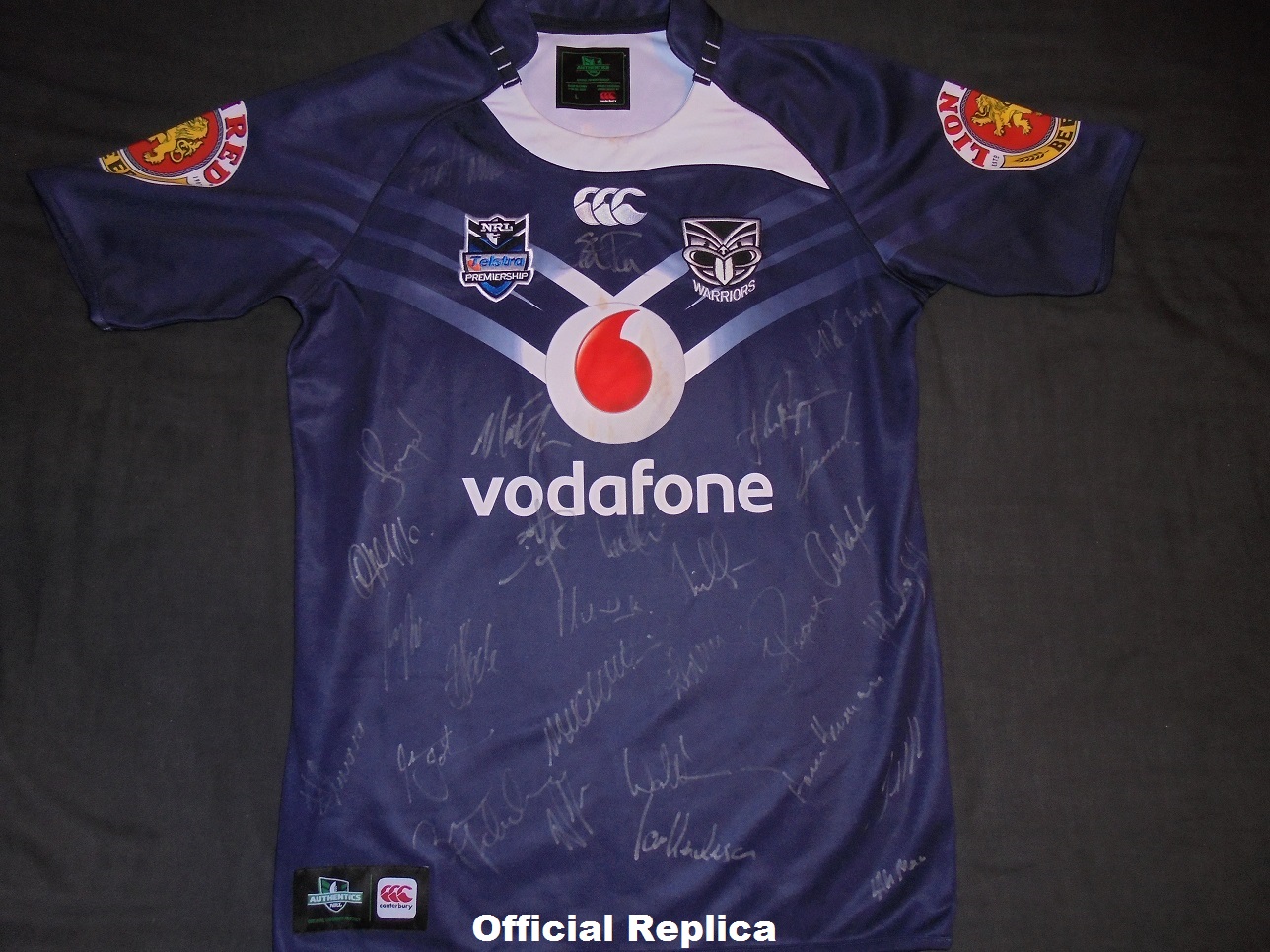 For the NRL's Round 10 heritage round the Warriors would wear an Auckland inspired jersey. The jersey would also get a run in Round 12 to commemorate the Auckland Rugby League Centenary. Was again used in Round 24 and 25.


CHECK THROUGH THE IMAGE GALLERY OF THIS POST TO VIEW THE DIFFERENT TYPES AVAILABLE​
OFFICIAL REPLICA - You'll still see them pop up on online auction sites every now and then.

Back of the jersey had a blue box area where the white number went.

This is actually one of the most widely available players jerseys out there. During the 2009 Canterbury sale they had a box load of them for sale. Some with numbers and some without. Most common number Ive seen is 13. They still get good money because of the Sonny connection...