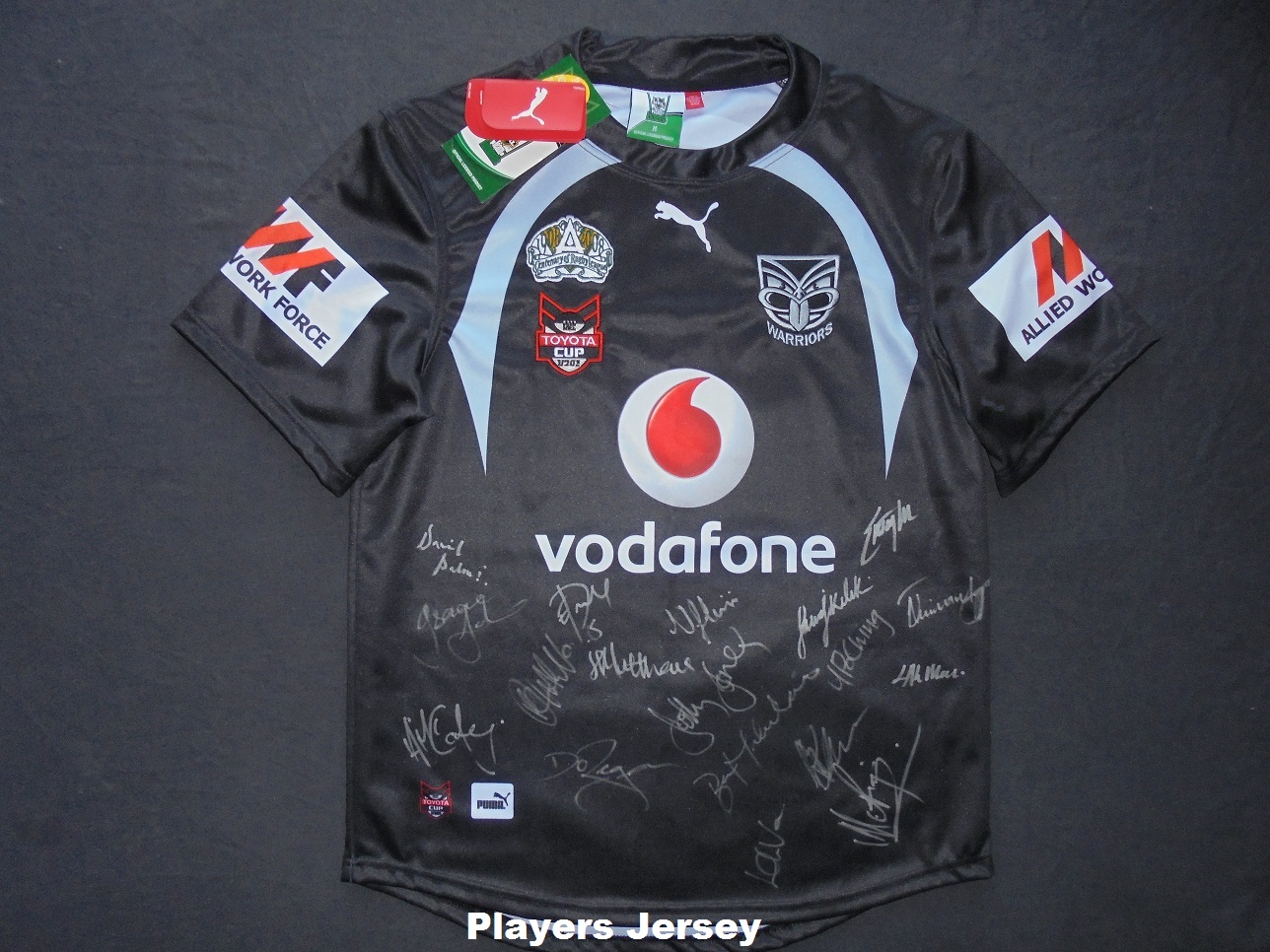 2008 saw the introduction of the Toyota sponsored Under 20's National Youth Competition.

They would play the same teams and venues as the first grade squad and for the first few years the jerseys would be the same bar the Toyota Cup badge and certain sponsors. U20 jersey also bore the Centennial badge.

​
Im not sure why but some have Allied Work Force as the sleeve sponsor while others have Toyota. I know that the 2013 jersey had Holden on the sleeve sponsor during the finals but Im unclear on whether it was only during that time or not. If anybody can clear that up than please post a comment.

PLAYERS JERSEY - The only version available. Im aware of at least a couple that ended up at the Puma outlet store in Auckland as surplus stock but for the most part these jerseys were player issue only and given to players, coaches, trainers and staff.

These very rarely come up for sale and only one has the time I have been looking.
Share:
Share