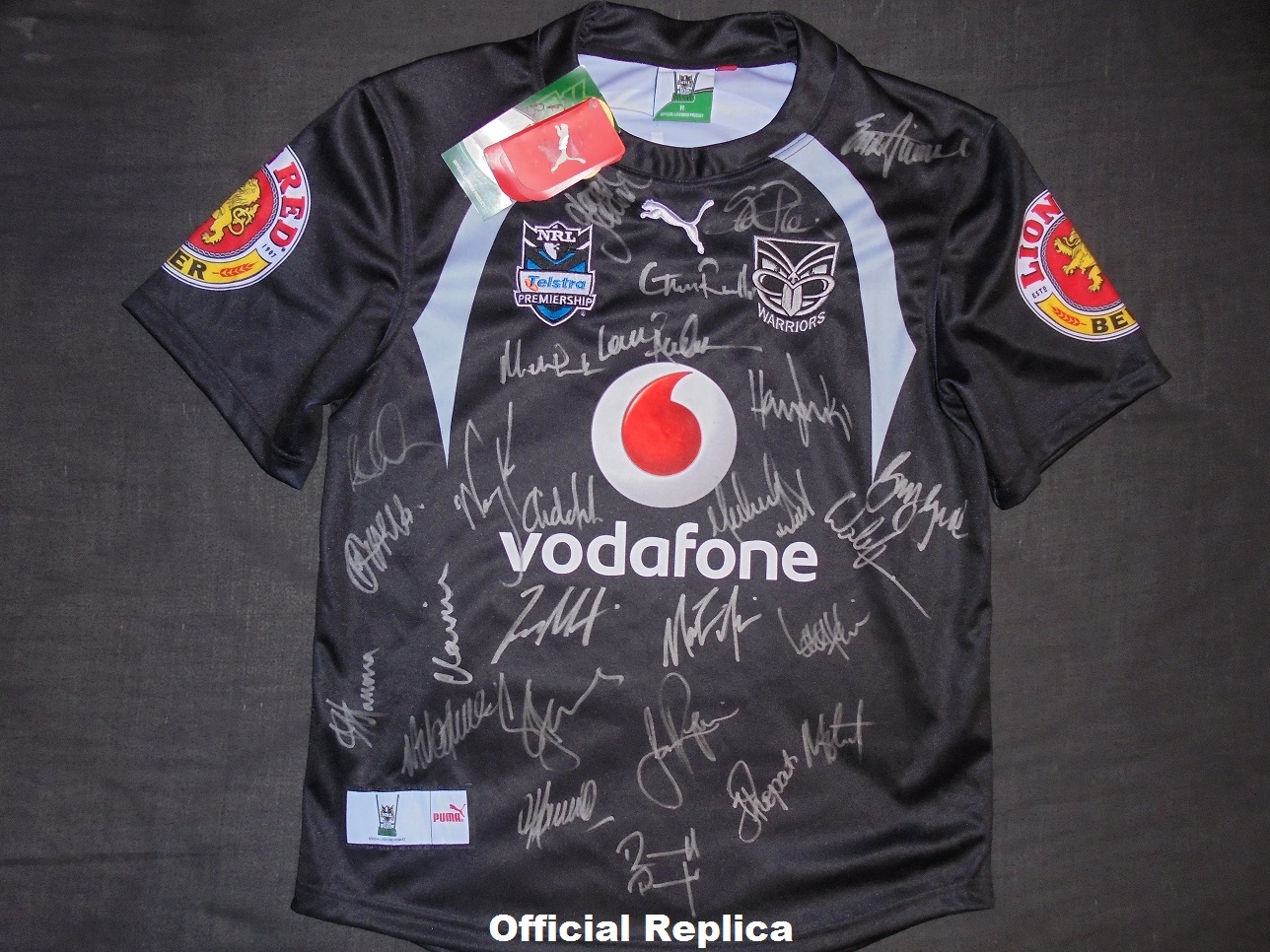 Warriors stuck with the exact same jersey design with the only changes being made to the sponsors logos.

Vodafone would have a new logo with a larger Speechmark logo and plain white font. This was changed on both the front major sponsor logo and the upper back sponsor.

The Lion Red League sleeve logo from the previous year was replaced with Lion Red Beer. The emblem would remain the same. Just the wording was changed slightly.

Last sponsor change was the lower back sponsor. The Nissan Forklift Loadlift that was blue and red in 2006 was replaced by the straight red Loadlift logo.

The only other change was the incorporation of the new NRL logo which would remain unchanged until 2013 where they would introduce the green and gold logo with the Southern Cross.


CHECK THROUGH THE IMAGE GALLERY OF THIS POST TO VIEW THE DIFFERENT TYPES AVAILABLE
​
OFFICIAL REPLICA - Still plenty out there that regularly go on sale but they arent as widespread as the 2006 version. People settling for the previous years jersey which was brought in bulk and the clubs poor form probably put paid to that.

PLAYERS JERSEYS - Exactly the same as the official replica but with a sublaminated white number on the back which was slightly larger than the previous year.

Very rarely see many for sale online. In fact Ive never seen one...