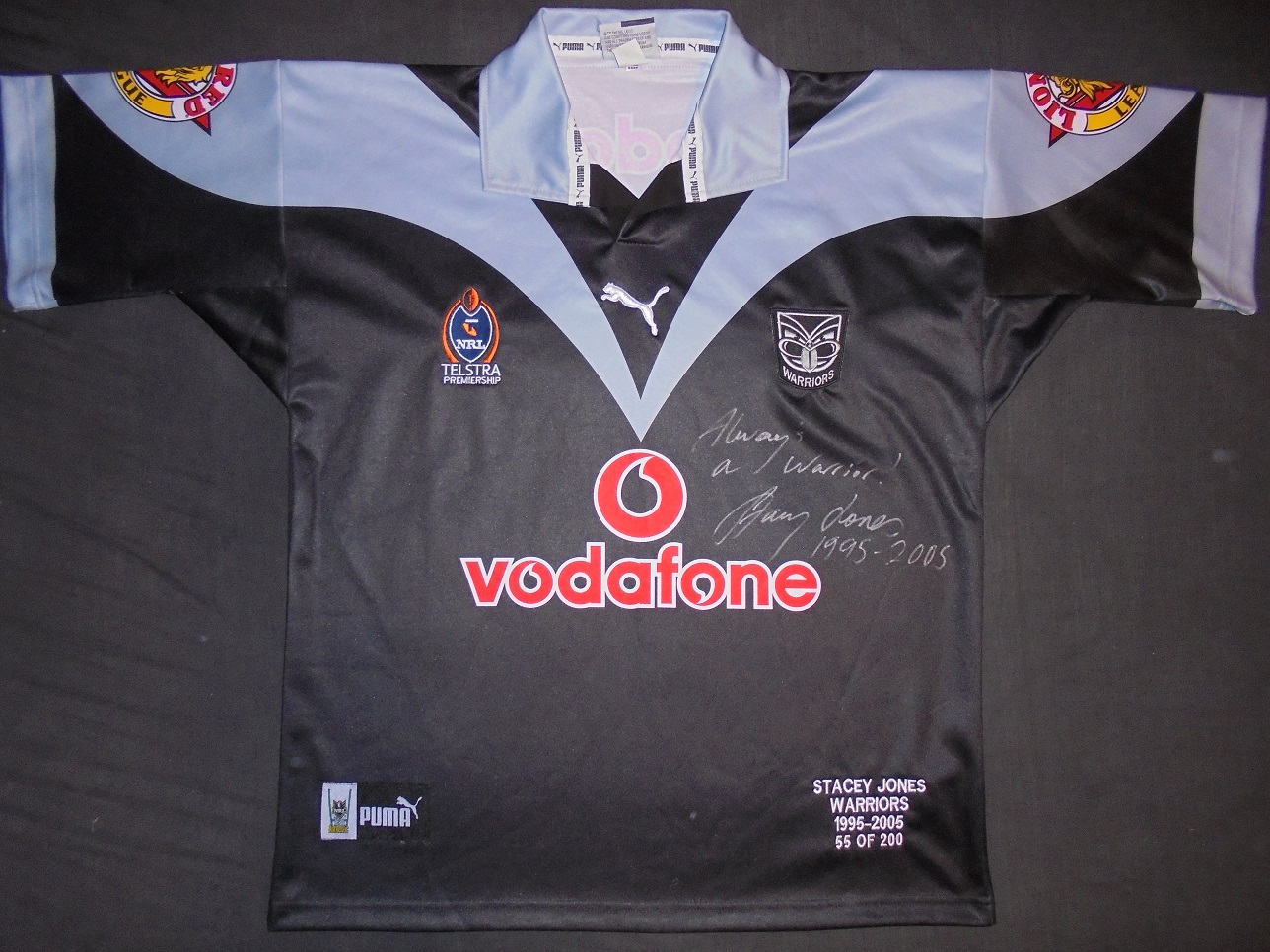 In 2005 when Stacey Jones first 'retired' from the Warriors a limited edition jersey of 200 was released to commemorate his time at the club and raise money for the man himself.

Need confirmation but I believe these jerseys were made up by the Mad Butcher.

Each one has an embroidery and personally signed by Stacey Jones with a short message.

Only 200 were made and Ive known some people to wear them ragged. You can generally see one for auction every two years and they go for a reasonable price...
Share:
Share