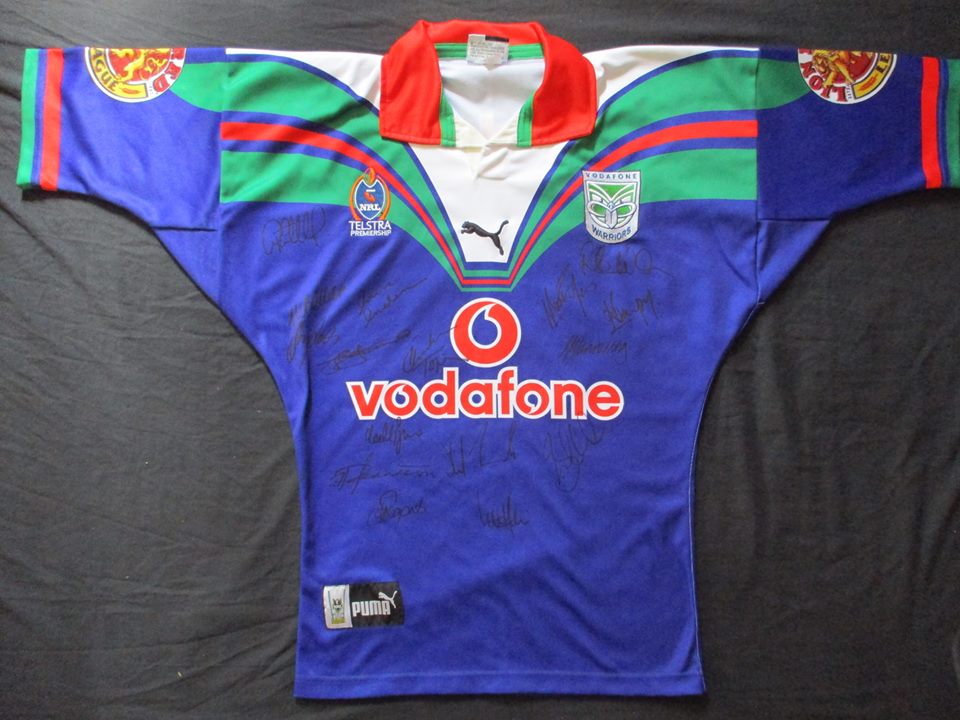 Released to mark the Warriors 10 year anniversary since entering the ARL/NRL. Worn in Round 16 against our inaugural opponents the Brisbane Broncos. The jersey was styled after our first original jersey. One small change to the Warriors logo was the old colours and replacing the Auckland part with Vodafone.

This game would also mark the debut of Simon Mannering.


CHECK THROUGH THE IMAGE GALLERY OF THIS POST TO VIEW THE DIFFERENT TYPES AVAILABLE​
OFFICIAL REPLICA - Very few were ever sold in stores. Of the 300 odd jerseys that were made the vast majority were given away as prizes during a Warriors/Vodafone promotion.

This is jersey is rare and commands a good price when sold online. One signed jersey in mint condition sold for $410 in 2013.

PLAYERS JERSEY - Never seen one as an example but I believe from looking at the match pics that they were tapered. Had a white number on the back.

Have never seen one for sale but dont doubt that it would get a great price if sold in an online auction.

NOTE - Some the match pictures in the image gallery have been taken from the Warriors official website since CCC became the official supplier and have had the Puma logo photoshopped out...