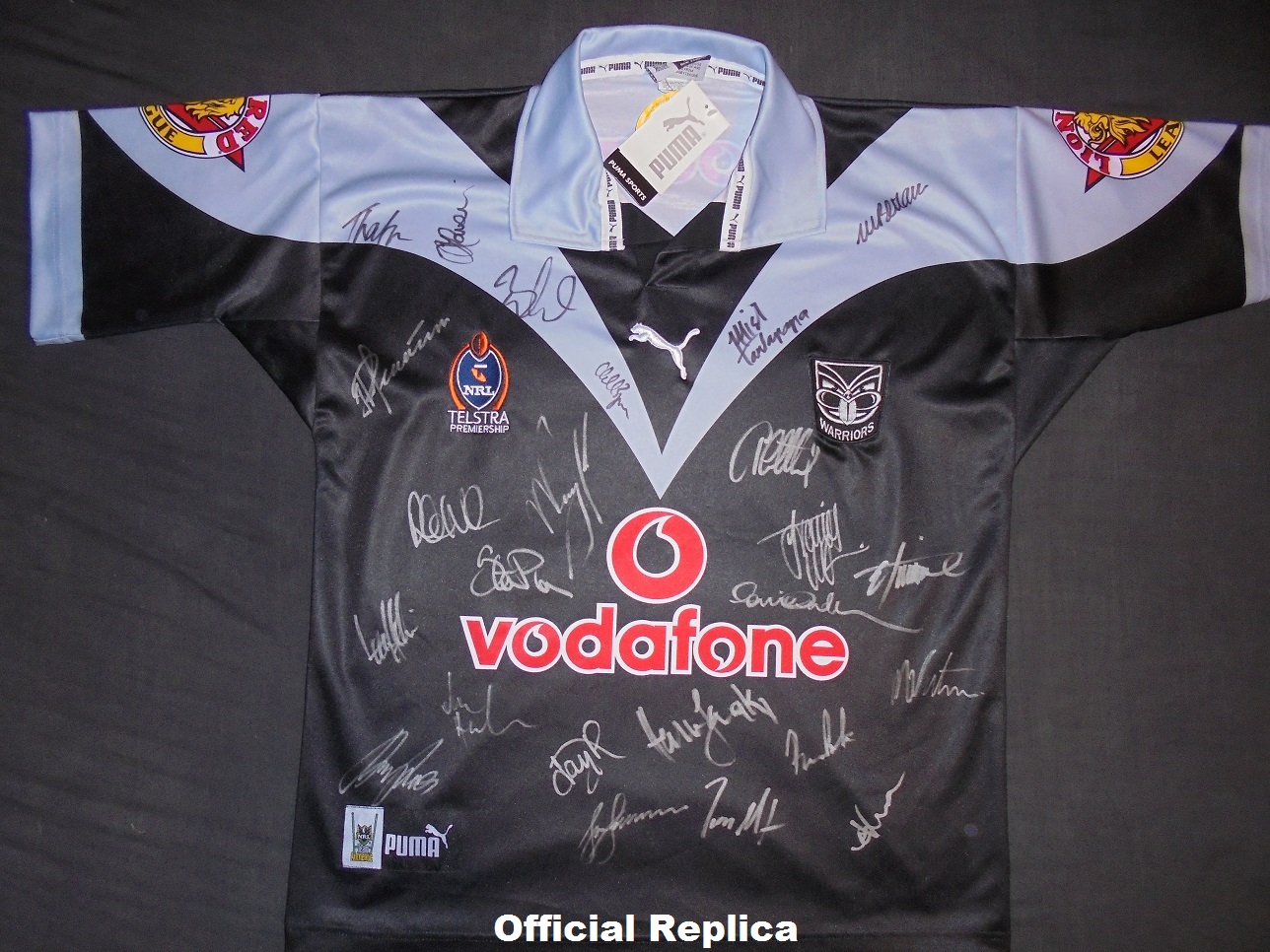 The home and away would be the only range of jerseys where the Warriors would use them for consecutive years without altering it in the slightest. The only change from the year before was the use of a different sleeve sponsor logo. 2003 used Lion Red League while 2004/2005 used Lion Red Beer. This slight change would be common in future years.


CHECK THROUGH THE IMAGE GALLERY OF THIS POST TO VIEW THE DIFFERENT TYPES AVAILABLE​
OFFICIAL REPLICA - The replica versions have really large sizing so a medium sized jersey is in between a large and extra large.

Available for two seasons so you will find them but they are no where near as many as the 2003 model. They get as much as the 2003 jersey though which isnt much. You can get them for around $40 on online auction sites.

PLAYERS JERSEY - The player jerseys from these years had the most extreme taper of any jersey the Warriors have ever issued. Designed to be super skin tight.

There use to be a few of these jerseys floating around but theyre getting harder to find now. Still there if you have the right connections to sellers...
Share:
Facebook WhatsApp Email Share Link