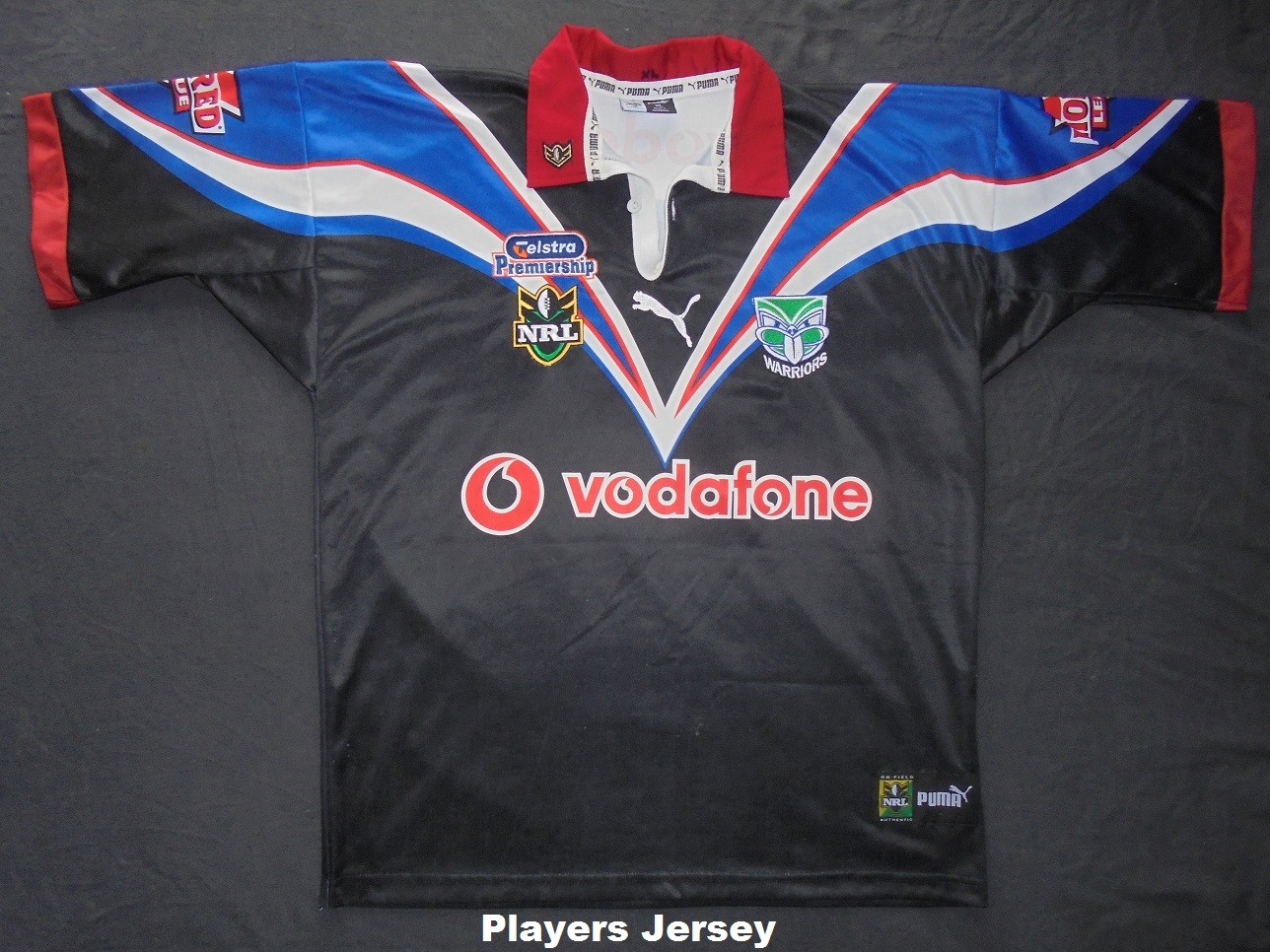 With new owners, a new coach and a new name came a new jersey. Then Warriors CEO Eric Watson met with Puma in December 2000 and asked that the club was after a new playing strip with black as the predominant colour. This was to represent the broader New Zealand base the new team was catering for.

That left Puma with two and half months to complete the normal five month process of development and manufacturing.

The resulting jersey would see black as the new home colour and Lion Red as the new sleeve sponsor.


CHECK THROUGH THE IMAGE GALLERY OF THIS POST TO VIEW THE DIFFERENT TYPES AVAILABLE​
OFFICIAL REPLICA - Not to be confused with the 2002 jersey. The 2001 home jersey has the Telstra Premiership logo above the NRL badge as well as the green, white and blue Warriors logo.

Not as common as the 2002 jersey but they still pop up from time to time. Signed replica jerseys are rare.

PLAYERS JERSEY - Exactly the same as the replica but with a number on the back. Number was white with a red border. These can be very hard to verify. Provenance is everything and the only way to truly authenticate one is to get it in writing from a player.

Have seen a few for sale but they are still rare...