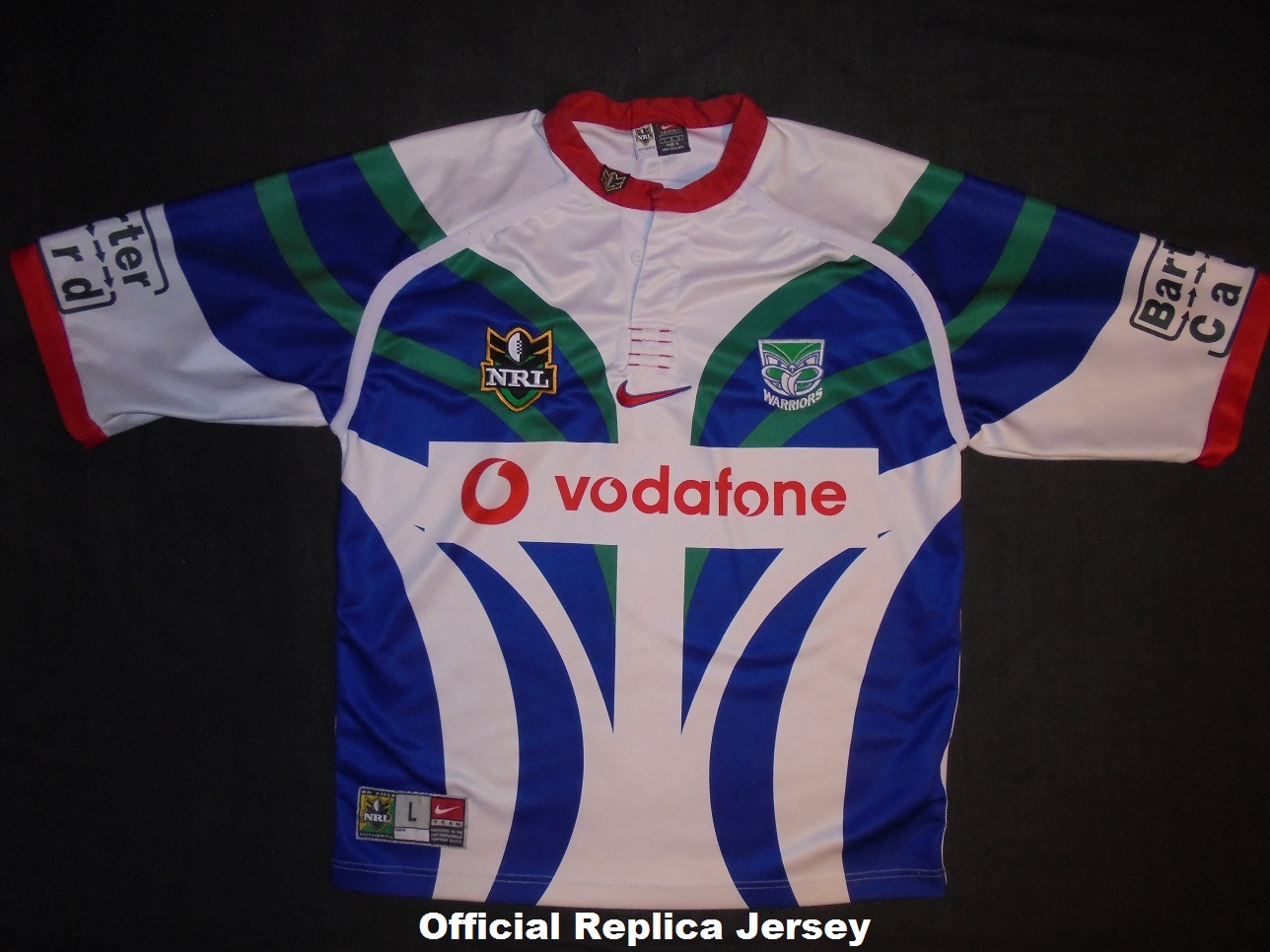 1999 season would see new owners and a new major sponsor at the Warriors. First thing new owners (a consortium of Taninui tribe, Graham Lowe and Malcolm Boyle) would do was straighten the tongue on the Warriors logo in the hope of reversing the curse. This change would arrive too late for the replicas but the straightened tongue would feature on the players jerseys.

There was a slight change in the making of the jersey which resulted in a white trim from the underarm to the collar. Another change would see the Warriors and NRL logo embroidered straight onto the jersey instead of being a separate badge for the first time.


CHECK THROUGH THE IMAGE GALLERY OF THIS POST TO VIEW THE DIFFERENT TYPES AVAILABLE
​
OFFICIAL REPLICA - Made by Nike some of them dont have the Vodafone upper back sponsor.

Most desirable version. Not many come up in good condition but they do show from time to time and shouldnt be too hard to get a hold of.

REPLICA VARIATION - This would be the last season that a variation would be by another manufacturer. Only version Im aware of was made by ISC. Would have a traditional collar as opposed to Nikes Chinese collar.

Not worth as much as the Nike jersey.

Number was green on the earlier jerseys and the later ones would be green with a blue border.

As rare as any players jersey. Have only seen a couple for sale over the last decade...