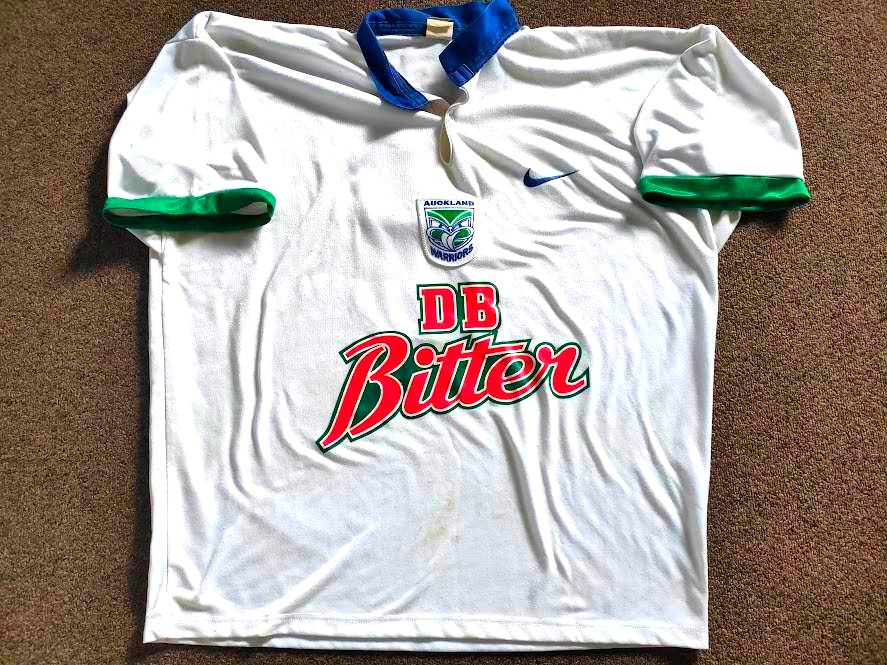 Worn for only one game during the preseason.

The Warriors were all prepared to start playing in the Super League that season but the Australian Rugby League was able to get a court injunction blocking the Super League season from starting. Warriors would have to dump Nike as the official supplier after only one game and go with the ARL approved supplier Lenco.

Because of this the Nike trial jersey is one of the rarest and least known jerseys the Warriors have ever played in.

No replica's were made available for public purchase.

Only type available. I only know of about 5 or 6 jerseys in existence right now. All those were given away by players to family or friends.

The numbers used on the jerseys are very distinctive. They are a heavy patch sewn onto the jersey. All trial game jerseys used by Nike have this same number patch but with every teams colours used on the edges.

To date no photos or footage exists of the team playing in these jerseys...


TO READ OR MAKE A COMMENT ON THE DISCUSSION THREAD FOR THE 1993-1996 JERSEYS PLEASE CLICK ON THE LINK BELOW.