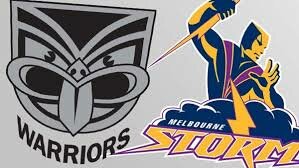 This Friday night sees the Warriors host the Melbourne Storm at Mt Smart stadium. The last time they played Melbourne, the Warriors were beaten 42-0 in what was one of the worst performances in the history of the club. This was further compounded when 6 players decided to mix energy drinks and prescription drugs on their return to Auckland. The on-field disaster followed by such stupidity off the field gave the public a view inside the toxic Warriors culture.

The club will tell you that the toxic culture is a thing of the past, that Jim Doyle and new coach Stephen Kearney have set new standards that the players have bought into. But a scrappy first up effort against the Knights has left many fans feeling the club is a long way from the hard-nosed professional culture it needs to win a premiership. Talk is cheap and fans do not want to hear about the new culture they want to see it in action.

The Warriors have the ideal opportunity, this Friday, to show they have grown as a club since the drubbing in Melbourne last year. The Warriors have the luxury of a second home game and come up against a Melbourne side missing key forwards Jesse Bromwich and Tohu Harris. A victory will not be easy, but if the Warriors turn up with the right attitude and cut out the errors that plagued them in the Knights game, then this is a winnable fixture.

Last year’s clash against Melbourne was an example of everything that was wrong with the club, let’s hope that Friday night’s game is a source of optimism for the long-suffering Warriors faithful.
About author