You are using an out of date browser. It may not display this or other websites correctly.
You should upgrade or use an alternative browser.
Big prop Jamayne Taunoa-Brown has earned a full-time NRL contract with the New Zealand Warriors after impressing coaching staff throughout the preseason.

The Melbourne-born 23-year-old has been signed on a two-year deal following a hectic last fortnight.

Brought to Auckland on a trial contract, the 1.94m, 114kg Taunoa-Brown was selected to represent the Warriors at the Perth NRL Nines on February 14-15 and then flew directly to the Gold Coast to join the Australian Indigenous All-Stars for last weekend’s encounter with the Māori Kiwis.

Just a matter of a few days later he has now claimed a spot in the Warriors’ top 30 NRL squad.

“Jamayne had a terrific year with Norths in the Queensland Cup last year and he has really impressed our coaches and football staff since coming here,” said Warriors recruitment manager Peter O’Sullivan.

“He’s exactly the sort of player we need after losing props Bunty Afoa and Jackson Frei to season-ending knee injuries.”

“I can’t fault him since he has arrived and that’s why we were adamant we wanted to keep him at our footy club,” he said.

“He has ticked a lot of boxes. He’s a big body and very skilful.”

Taunoa-Brown’s rugby league journey has taken him through the Melbourne Storm, the Newcastle Knights and Norths Devils in Brisbane before earning an NRL contract. 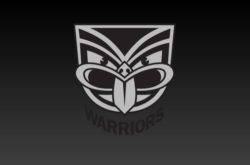