Warriors are Under Developed 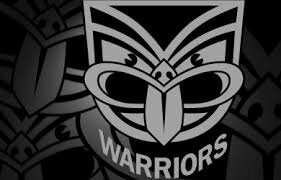 The Warriors are languishing in 11th place and look almost certain to miss the finals for a sixth straight year. Sadly, their place on the competition table is not the worst thing that has happened in 2017. This season many of the club’s young players have gone backwards rather than developed and this must raise serious questions about the Warriors development process.

The Warriors have always struggled to attract top Australian talent. There has been the odd signing of note, but these have always been the exception rather than the rule. This means the nucleus of the club is going to be home grown and the club must find a way to develop consistent first graders.

If the Warriors future success depends on developing youngster then 2017 shows the club is moving in the wrong direction. This year we have seen a drop in form from youngsters Bunty Afoa, Albert Vete and Solomone Kata. The club also discarded utility Tuimoala Lolohea who was unable to consistently perform in first grade, with Lolohea going, it appeared Ata Hingano was to be the successor to Bulldog bound Kieran Foran. The problem being that HIngano has not developed this season either and despite being highly rated has shown a lack of involvement in his time in first grade. This is a long list of young players who seem to be going backwards under the Warriors system.

Sam Lisone and David Fusitua are two players who have stalled in 2017, neither developed nor gone backwards. The only youngster who has really shown signs of improvement is Ken Maumalo who has grown in confidence as the season has gone on. So out of a list of eight young players, we have only seen development from one.

Unfortunately, this article is going to suffer from the adage that it is easier to point out a problem then it is to find a solution. The solution is going to be multi-faceted and will need to address both club culture as well as the development process. Still, the first step in getting better is acknowledging you have a problem and right now the Warriors have a huge one!
Reactions: James Foa, tajhay, Bushman and 1 other person
About author