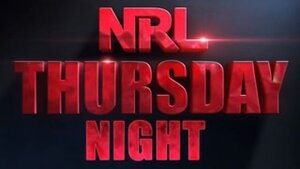 The Daily Telegraph’s story around the likely plans for the next NRL television rights deal will be encouraging news for most fans.

I remain a touch sceptical however. I like the idea of moving Monday night football to Thursday as has been suggested. Mondays should be about fans and supporters reflecting on the completed weekend of footy action. Media companies should be reviewing the round, without having to wait for a result on Monday to assess the ladder etc. It will be much tidier if the action all finished by the Sunday night so the start of a new week is completely fresh and fans are either looking back at the week just gone or looking forward to the week ahead.

Likewise Thursday nights are a better fit for fans trying to attend games. Mondays are at the start of the working week and many don’t want to be out on the first night of the week and then forced to play catch-up all week. A Thursday night would leave just one working day to get through before the weekend begins. My guess is Thursday night games would be better attended than Monday night fixtures.

The inflated rights figures mentioned in the Daily Telegraph story is great news for rugby league. How best to divvy up that money is another discussion however. I’m all for the players getting their percentage of that money – the rights wouldn’t be worth those astronomical figures without them anyway but I have my concerns about raising the salary cap to the numbers that story talks about. There could be a concern where there is so much money available to players under the cap that players would never need to make a move to a club in an undesirable location – Canberra, Auckland and Melbourne instantly spring to mind. Those clubs already complain about finding it hard to attract players to come to their cities and if there was all of a sudden significantly more money available under the salary cap, would even fewer players opt to play in those so-called outposts?

There is no mention of expansion in that newspaper report and that concerns me. As of this moment the top two sides in the AFL are from Western Australia. Perth is crying out for an NRL franchise but there appears to be little movement from the NRL on giving them entry to the competition. The NRL is predominantly a NSW and Queensland competition with the Warriors, Storm and Raiders thrown in for good measure. While the NRL sits on its hands the AFL and A-League continue to make strides in those other markets. The A-League is exploring the idea of another team in Brisbane while one or other will surely make a splash in places like Central Queensland, who wait for an NRL franchise that seems like another decade or more from being a possibility (assuming Perth and a second Brisbane side remain the priority). By expanding, you are effectively giving the players a greater share of revenue but you aren’t having to raise the salary cap in the process and artificially raise the salary of all players across the game.

There is huge opportunity if the information in that story is accurate but there is also a chance that the windfall could be wasted.