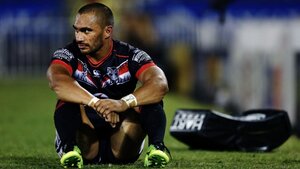 As his 2nd stint with the NZ Warriors draws to a close, Tommy will always be remembered as one of my favourite players to pull on a Warriors jersey, a bloke who punched well above his weight, a player who week in week out would roll the sleeves up and get through the "dirty work" that so many others tend to avoid, one of the best defensive halves in the game who could put on as big a hit as someone twice his size ON someone twice his size, a versatile player who could fill a number of key positions at an exceptionally high standard and one of the most under rated halves to play the game.

Tommy never put a foot wrong off the field and has been nothing but a professional and an inspirational leader to the younger players within the squad. The current Warriors #6 is going to leave a massive hole in the Warriors outfit next season and it may take some time before we find a replacement who ticks as many boxes as this man manages.

Facing tough competition for spots, Tommy decided to head to the ESL where he played 2 seasons with the London Broncos and 6 seasons with the Wigan Warriors. Late in 2011 it was announced that Tommy would be returning to the NZ Warriors for the 2013 season on a 3 year contract.

Although the success he craved with the NZ Warriors has eluded him, Tommy has plenty of highlights over the course of his career stretching 14 seasons. 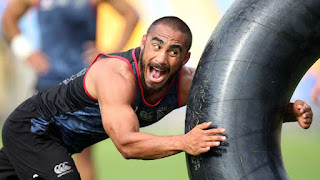 As a fan it has always been a pleasure to watch this man wear his heart on his sleeve for the Warriors and the Kiwis. I hope the footy gods are looking down on you this weekend and are able to belt out the team song one last time before you depart. Thank you dearly for your services to the club both on and off the field. You're an inspiration to not only those close to you, but those you have never met. All the best with the future Tommy, Warrior #105.