This week in Warriors history – Rd 7 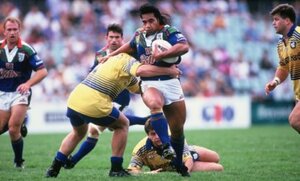 The beginning of a legend

Parramatta Stadium played host to the 1995 Warriors in Round 7 of the Australian Rugby League competition. Andy Platt, a Great Britain prop forward who played 25 Tests, made his debut from the bench that day.

Platt was a grizzled, tough campaigner who had great experience to call upon. Beside him was a fresh, eager, short young player who people wanted to cuddle. This was his first game of professional rugby league.

Prime Minister Helen Clark would later make this bold statement about the kid: “He is the epitome of a New Zealand champion.” 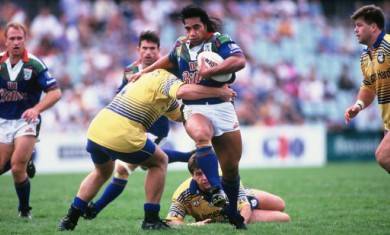 He went on to break records for the Warriors and the Kiwis, with 261 first-grade games for the club, 77 tries, 176 goals and a total of 674 points. He played 46 Tests for his country, including two World Cups. In fact, this player, no bigger than most of his teammates’ mothers, went on to make his international debut later in 1995.

The gifted halfback would become the heartbeat of the Warriors and the Kiwis for over a decade, unlocking defences and directing his players across the paddock. But, when he made his debut that afternoon against the Eels, he was just a very, very shy boy.

He, of course, was Stacey Jones.

He only played a few games coming off the bench in his whole Warriors career; his debut game as one, then two in 2009, after a two-year hiatus in the Super League. Despite his youth, Jones seemed ready for it at that young age, he had a strong physique that didn’t budge easily when tackled.

Jones had a great debut that day, kicking a goal and scoring a try, as the visitors triumphed 40-4.

The legend was born.

Have a look through some of the names of old in the team lists from that day below.