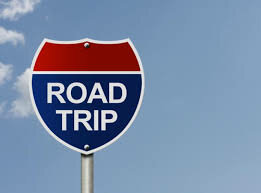 Having never lived in Auckland I have attended maybe a dozen live Warriors games, all of them have involved a road trip. There have been some great ones (driving from Christchurch to Auckland to watch the minor prems defeat the Raiders), some poor ones (Bulldogs vs Warriors 2007) and everything in between.

I have watched my fair share of Warriors losses but have never been as disappointed as when I made the trip south to Forsyth Barr stadium. Upon arriving at the stadium, I was shocked to find that the north stand was empty with no tickets having been sold in that section. It probably didn’t help that the game was on Otago Anniversary weekend as locals’ flock away to make the most of a long weekend, but still, have the Warriors really fallen so far that they no longer need to open half the stadium in their only South Island game? I was soon to find out that, yes, they really have fallen that far.

I managed to find better seats than I had bought, due to the empty sections, I settled myself in and hoped that the rugby league would be more satisfying than the crowd size. I will write more on the Warriors woes in another article, but Friday night was a terrible game of rugby league. An Ill-disciplined Bulldogs side met the inept Warriors, and it soon became a battle of who was going to try harder to lose the game.

Perhaps the saddest part of the road trip was as our family visited the various tourist attractions in Dunedin over the weekend, it was notable that there were other families in Warriors kit doing the same thing. People who had shelled out cash, driven long distances and had all been bitterly disappointed. Normally I would strike up a conversation with a fellow Warriors fan, but this weekend it would be cruel to remind them of a night we were all trying to forget.

I live in Alexandra and when I first saw the crowd I was gutted as it meant we will not see rugby league in the deep south again for a long time. By the end of 80 minutes I was no longer bothered that rugby league wouldn’t be coming to town because honestly, I don’t know if I would go.
Reactions: adelaide rams, koolkat, tajhay and 1 other person
About author

Totally feel for u .I didnt make that trip but watched it with no great suprises.Living in aussie 4 the last 23 yrs I hear so many aussie fanatic league followers who support other teams who talk up the Warriors players sheer talent but all say they cannot play as a unit.They have no support play.Everything looks so structured with a plan that they look like they forget half the time.Im sorry but Hoffman Bully Vatuvei Lillyman should be givin there marching orders
Yeah bro feel for you.please send this to JD.enough is enough right