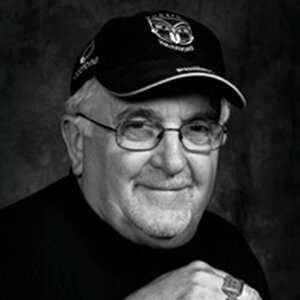 New Zealand Rugby League has made Sir Peter Leitch a life member at its annual meeting in Auckland today, recognising his passionate support of the game across the past five decades.

Sir Peter (aka “The Mad Butcher”) began his association with rugby league through the Mangere East Hawks during the 1970s, but has more recently contributed to NZRL, the NZ Kiwis and NZ Warriors.

The Warriors have retired the #19 jersey in his honour, he has been NZRL patron since 2011 and was proud manager of the Kiwis’ successful 2005 Tri-Nations campaign.

Sir Peter is a driving force behind the NZRL League 4 Life Foundation, as well as representing a variety of health-related causes in the wider community.

He was awarded the Queen’s Service Medal for community service in the 1991 Queen’s Birthday Honours, and was knighted in 2010 New Year’s Honours for his services to business and philanthropy.

“Sir Peter has assisted various league communities around the country raise funds for local needs,” says new NZRL chief executive Alex Hayton. “No-one knows how much money he has raised or assisted the game with.

“He has been a confidante to various NZRL CEO’s and boards, providing a respected independent voice. He has singlehandedly raised the sport’s profile in New Zealand, and is internationally respected by the Australian Rugby League and the Rugby Football League.

“Sir Peter’s contributions are outside the normal life membership criteria, but his exception service to the game deserves the ultimate recognition by the game.”

For once, Sir Peter was near speechless in accepting the honour.

“I’m very humbled to be here today,” he said. “I don’t do what I do to get awards – it’s all about the fellowship and you can’t buy that.

“To join the elite of the life members is a great honour and I thank you.”

“People would arrive at the Carlaw Park turnstiles with tickets covered in blood, because the person who sold them had just finished cutting up meat.”

NZRL now has 16 life members and while Sir Peter’s inclusion was announced today, he will officially receive the honour at a special presentation ceremony later this year.

Meanwhile, the annual meeting elected former director Bill McEntee back onto the NZRL board, replacing long-serving Ray Haffenden, who had been on the board since 2006.

McEntee is current president of Counties Manukau Zone and chair of Papakura Sea Eagles RL, and has also served on a variety of boards, including the Auckland Warriors, Counties Manukau Cricket, Baradene College and Papakura Local Board.

He was a founder and managing director of McEntee Hire, chaired the NZ Hire Association (1995-2004) and is a life member of that same organisation.