Paul Rauhihi: Cowboys will win the premiership, Thurston might force me into a comeback 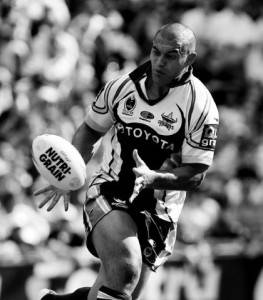 
Paul Rauhihi is a former player who represented the Kiwis in 19 Tests. He spent six seasons in the NRL with the Knights, Bulldogs and Cowboys, playing in the 2005 grand final. These days you will see him on Maori TV as part of their Fox Memorial coverage, and occasionally see him snapping selfies with former teammates at Mt Smart Stadium.

Finally the time of the year that all rugby league fans wait all summer for has arrived.

The silly season of player transfers, off-field incidents and all the drama that media outlets are searching for is over. It’s time put aside all the talk and classic quotes that get thrown around in the pre-season and finally take out some aggression on the opposition.

Every team has had “a great off-season”, they’ve all “trained harder than ever before”, the “team is coming together, they’re all ready to go”, and most importantly every coach has “the full backing of the club’s board.”

It’s Round 1 so half the teams will win and half will lose this weekend, and all the critics and diehard supporters are ready to pounce on claims that their team will win it in 2016, or complain about their team’s lacklustre performance.

Players will have blinders, some will have shockers, but I know this; careers aren’t made in the first game of the season and premierships aren’t won in March (I’m guessing so anyway because I never actually won a premiership). 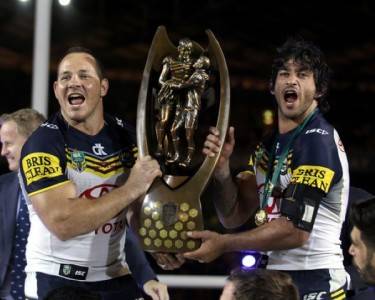 On the subject of the premiership, everyone who knows rugby league will know that the North Queensland Cowboys will obviously go back-to-back. Of course I have a little, or large, amount of bias towards the Cowboys, they are after all my team and it’s my dream to see them at the top.

But seriously, this time of year the questions are always about whether or not a team can go back-to-back, and my answer to that? Of course they can!

There are so many factors that contribute to my belief that the Cowboys will win once again. The most obvious reason is that they have arguably the best player to have graced the game in recent history in Johnathan Thurston, leading them around the park.

He is the only player at the moment who truly makes me want to get back out on the field. His passion, desire, commitment and never give up attitude are qualities that every player should strive for.

Another factor is that they are one of the few teams who have kept all 17 players from a grand final winning side.

There are arguments that it can be detrimental to their performance and they may be stale or be complacent, while some will also say other teams will be improving due to new players injecting more enthusiasm.

But for those teams combinations will take time to gel and are changing all the time, whereas the Cowboys will know each other back to front and it’ll be just like carrying on where they left off.

As for becoming stale, that won’t be a problem with coaching, development and training techniques so advanced now that it’s hard for players and teams to not improve.

From what I know of ‘JT’ just winning the premiership for the first time won’t be enough, and if the rest of the team think it is he won’t let that thought take hold.

I wouldn’t even be surprised if it’s a repeat GF this year, given the coaching mastery of Wayne Bennett.

Then there’s the team with the highest expectation of any; the Warriors. With the outstanding signings they’ve made and the already stacked side they have it’s no wonder the New Zealand public and rugby league community expect so much from them.

Although I started my career at the Warriors people are surprised when I tell them I’m not exactly their biggest supporter. I have begun to realise that for the growth of rugby league New Zealand doesn’t necessarily need them to win the comp, they just need them to be consistent and show the heart and mana we all know they have.

I’ll be supporting the Warriors after the Cowboys this year. I just hope my stress levels and greying hair can handle it.

Just finally, I’m so glad that the NRL is back. All summer it’s a case of “shall I stop my Sky subscription?” But that thought is quickly dispelled when I know the NRL is almost returning. Well, now its back and I love it. Let’s go Cowboys and make #historyhappen again.