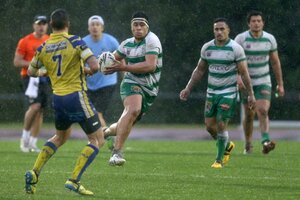 His road to the NRL has taken longer than planned, and it’s been a frustrating journey at times. But this week 24-year-old Patrick Sipley finally achieved his goal of earning an NRL contract, joining brother Toafofoa in the Warriors’ first-grade squad for 2017.

Kiwileaguecentral.com sat down with Patrick to discuss his career to date and what it means to finally be a full-time Warrior.

(Main photo: Patrick Sipley in action for the Warriors in the Intrust Super Premiership. Credit: photosport.nz).

KLC: You were a late arrival to the Warriors Patrick, talk us through your time in Australia prior to returning home in 2013?

PS: I went over when I finished high school to try and play U-20s at Manly. I had a few years there but it didn’t work out, so I came back and decided to knuckle down and try and get serious about it over here in Auckland.

I was more or less just homesick, missing my family and everything, but other than that the footy was awesome over there.

In the past few years I have had a few injuries, but this year was my first proper pre-season and, so far my first season without an injury.

Who were some of the guys you played with in the Manly U-20 side in your time there?

I played with Jorge Taufua, he was a real cool dude. Also Jake Trbojevic, he was just a young guy but I remember him being way better than his age. Josh Drinkwater was also in that team, so there are a few boys from that team who have gone on to better things.

When you got back to New Zealand in 2013 you played for the Auckland Vulcans and impressed, but to date haven’t been able to progress past that level. Has it been hard not to lose that hope and belief at times?

I always had hopes for the following year, but it always came down to injuries restricting me. But I managed to stick at it and obviously it all went my way in the end which was really good.

You have also spent plenty of time back playing for Pt Chevalier in Auckland’s club competition the Fox Memorial Premiership, was that because of injuries or form?

They aren’t a bad team to drop down to, given you now have three Fox titles to your name thanks to your involvement with them!

Yeah, it was awesome playing with Pt Chev because not only were we winning, but I was learning lots because they have quite a few former NRL players in the squad there. Good footy players who were just speaking life and at the same time giving me pointers on how to improve my game with things on and off the field.

Tevita Latu, Jeremiah Pai and Dylan Moses were all big guiders for me, and I would say without them I wouldn’t be where I am today playing the footy I am today. 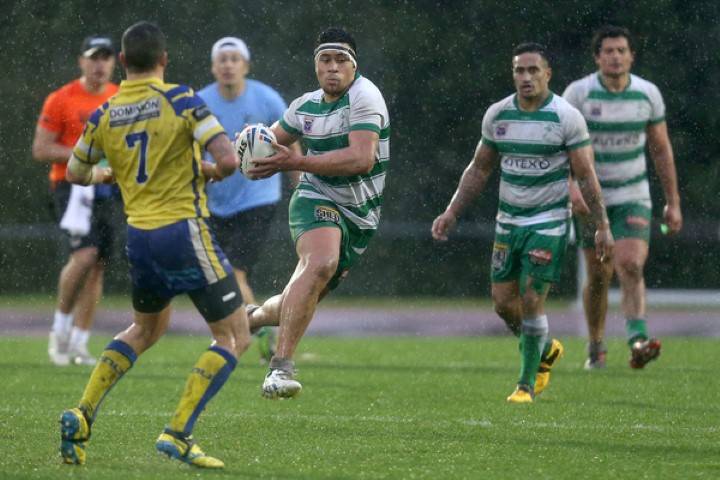 You only linked up with Pt Chevalier when you returned to New Zealand, so where did you play your junior footy growing up?

If you go way, way back both ‘Tof’ [Toafofoa] and I were at the City-Newton Dragons when that club was still around. But after that we were at Richmond, then I went to Aus and Tof stayed here and then went up to U-20s.

I was a Western Springs College boy all through my high school years, and there was hardly any league or union at the school.

The only league team we had in those days was U-85kg grade, and I was definitely too big for that at high school! So I just used to go down and watch them and play my club footy on the weekends.

Speaking of Tof, how did you feel when he got the call-up to make his NRL debut earlier this year? I imagine there was some frustration as well as joy, given you haven’t been able to get there yet?

I was real proud, I was so happy for him. I guess at the same time it also just lit a fire under me to get up there with him. I didn’t know I was getting an NRL contract at that point, so I was just fully supporting him and focussing on my own game in the lower grades.

It keeps me grounded having him around to talk footy with. He lets me know the little things I need to work on and what I can improve on for the following week. It’s really good, it’s like having your own personal coach except you are more comfortable talking to him because he is your brother.

What was it like to finally put pen to paper on your own deal then?

I was stoked eh, I couldn’t believe it at first; I thought it was just a joke! But then when I was actually signing the contract it finally hit me and I was just speechless. I still can’t believe it now.

And looking ahead to next year, what are your goals and the key things you feel can get you into the NRL 17 next season?

I just need to keep focussing on what I can keep doing better each week, and making sure I stay injury free. I need to focus on my attack mostly, and the fitness as well. That is the big thing for me, so I am looking forward to doing a pre-season with the NRL side at the end of the year and seeing how I go.

Ali Lauitiiti is awesome and helping me along in that way, I just feed off him and learn off him, in whatever I can. He is also a really good teacher, he has been working with me to pass the ball better, how to offload and when to do it and when to hold it. It has been really good with Ali, I have loved it.