Packers deportation a quandary for Warriors 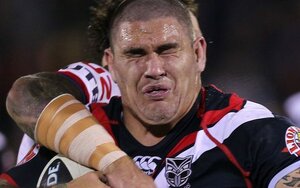 If reports of Russell Packer being deported back to New Zealand prove to be correct the Warriors will have something to ponder over the summer.

Packer was essentially punted from the Auckland club after the 2013 season and he signed with the Knights. But his move to Newcastle never eventuated after he was charged and found guilty of a violet attack after a night out in Sydney. He received a custodial sentence in Australia and the Knights tore up his contract.

Having been released from prison last year, Packer played NSW Cup with the Illawarra Cutters, impressing enough to earn selection in the competition team and to be named as the side’s captain. He then got the green light by the NRL to play in their competition again and signed with the St George Dragons for the 2016 season.

But reports in Sydney are speculating that he is about to be deported back to New Zealand due to his criminal conviction as his case becomes a political animal in a time where these sorts of situations are particularly topical.

I have no interest in discussing what Packer deserves – I’m a sports geek and haven’t got enough understanding to make any significant contribution to the social argument around Packer’s behaviour and what the best course of action should be. That is a debate for another forum.

From a sporting point of view – he has served his time and has been allowed to play by the NRL. If he is deported the Warriors could potentially sign him where he could certainly play home games and would have an easier job of getting a short-term VISA to play away games than if he were living full-time in Australia. The senior Warriors brass that moved him on in 2013 have all moved on themselves so there shouldn’t be any personal issue between him and club management.

The argument to sign him is simple. He is a good prop and the Warriors would love one more first grade quality prop to add to their stocks. They are almost at a point where they have spent the first grade cap but Packer would have only one possible NRL suitor should he be deported – the Warriors. With lack of competition and options, the Warriors could offer Packer a first grade minimum contract and know that was the best offer on the table. He would fill the one remaining hole in the club’s playing roster (as they see it) heading into the 2016 season.

There would however be significant risk for the Warriors to make such a move. For starters he could play home games but there is no certainty that he could play away games without clarification from Australian authorities. The guy clearly has a troubled past and they moved him on for a valid reason not so long ago. Would he stay out of trouble if he were to get another contract? How would his teammates react? How would club sponsors or members react? Should there be no significant adverse reaction by those parties it would simply come down to whether the Warriors were convinced he could behave and perform to a standard they expect.

I’m not saying I would sign him if I were in managing director Jim Doyle’s shoes. I would need to see that Packer is a changed man and that he has learned a serious lesson from this episode. I would need to see for sure that he wouldn’t behave like that again and that wouldn’t come via a few words on a piece of paper. It would be via meeting in person with him, hearing where his thoughts are at and seeing changes first hand over a period of time. I would monitor things for a while before putting pen to paper.

It is a long-shot but the Warriors should monitor this situation and look into his situation a little. They might just get a game-changing bargain out of it.
Reactions: Tonbridge (Swanley), brightman, eudebrito and 1 other person
About author
Play The Ball
This article has been written by Dale Budge. Dale is a well known rugby league commentator and journalist, having covered the sport for over 10 years.