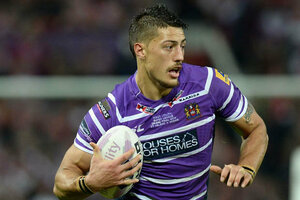 Anthony Gelling, who recently returned to Auckland after six seasons in England, has been signed by the New Zealand Warriors on a one-year contract.

After being given an early release by the Wigan Warriors, the Cook Islands international was invited to train with the Warriors this week.

“It’s a stroke of luck for us that Anthony has come back,” said Warriors head coach Stephen Kearney.

He last played in New Zealand in 2011 when he was in the NZ Warriors’ feeder side the Auckland Vulcans, who lost 28-30 to the Canterbury-Bankstown Bankstown in the dying moments of the New South Wales Cup at ANZ Stadium. The same season he tasted success at Auckland club level when the Howick Hornets won the Fox Memorial premiership for the first time.
About author