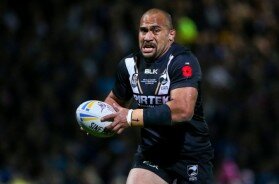 Some of the NRL’s most prolific try scorers and bruising forwards make their way into the top 20 on our list of the 50 best Kiwi players in the world right now. Tomorrow we count down the top 10, culminating with the naming of the best New Zealand player around.

20. Adam Blair – Looked rejuvenated under Wayne Bennett despite copping some heavy criticism in the opening weeks of his career as a Bronco. Impressed Kiwis coach Stephen Kearney enough to be named as co-captain of New Zealand, and Blair now looks to have fully recovered from three disappointing seasons at the Wests Tigers.

19. Peta Hiku – Being let go by Manly ahead of the 2016 season was no reflection on Hiku’s ability as a player. Last year there were only three matches where he failed to run for more than 100 metres, while he backed that up with 11 line breaks and eight four-pointers.

18. Manu Vatuvei – At 29 years of age he is already destined to go down as a Kiwi great. In 2015 Vatuvei managed only 16 games due to injury, but that was enough to see him score 11 tries and become the first player in the history of the Australian game to score 10 or more tries in 10 consecutive seasons.

17. Jared Waerea-Hargreaves – A torn ACL in Round 24 robbed him of a trip to the finals and probably a recall to the Kiwis, but ‘JHW’ had an impressive 2015 nonetheless. In 19 games he averaged 122 metres, while his 33 offloads were enough to put him in the top 14 in the competition for that category.

16. Shaun Kenny-Dowall – Had some issues off the field in 2015 but that didn’t stop him from finishing the year with an impressive strike rate of 17 tries in 20 matches. Appeared in every game for the Kiwis last season and continues to be a strong presence out wide, whether playing in the centres or on the wing.

15. Curtis Rona – Came within a try of topping the NRL in four-pointers, clocking up 23 in 25 games. His combination of speed over the short distance and athletic ability to finish makes him a valuable commodity in the NRL. Toured the UK with the Kiwis at the end of the year without getting any game time, but looks a good long-term prospect for New Zealand.

14. Elijah Taylor – Continues to be a defensive wall for the Panthers in the middle of the park, along the way clocking up some impressive numbers – none more so than his 77 tackles in 80 minutes against the Cowboys last year – which set a new NRL record. 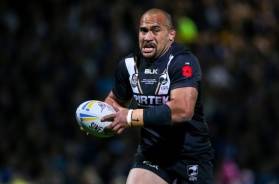 13. Sam Moa – Has been solid since reviving his NRL career over the last few years. Moa is most dangerous coming off the bench where his barnstorming runs can change the tempo of a game. Has a good offload on him and doesn’t make many errors.

12. Kevin Proctor – Proctor has developed into a class act on the edge, combining hard-hitting forward play with good vision when it comes to passing and offloading. One of the top players on the books at Melbourne these days and a sure thing anytime a Kiwi team is named.

11. Jason Taumalolo – Lost some momentum compared to his 2014 season, with his defensive deficiencies seeing coach Paul Green reduce his minutes in club matches. Still, there are few more damaging ball carriers in the competition, and in 26 matches Taumalolo had just one where he failed to run for over 100 metres. His total run haul of 4007 for the season was the fifth highest in the NRL and his impact had plenty to do with why the Cowboys won the Premiership last year.