After topping the NRL in tries scored with 23 in 2018, ‘Fusitua’ was starved of quality ball last year as the Warriors instead favoured the left side of Ken Maumalo. There’s no doubting his class and there’s hope a switch to centre in 2020 will see the Tongan international return to his best.

29 – Kodi Nikorima
Transferring clubs mid-year is never ideal, and Nikorima struggled at times last season after joining the Warriors from the Broncos. While he fell behind Chanel Harris-Tavita as the Warriors’ first-choice No.6 last year, he was huge for the Kiwis after being called up at late notice for the first Test against Great Britain, making 53 tackles in a 76-minute stint at hooker.

28 – Chanel Harris-Tavita
One of the few positives to come out of a disastrous 2019 campaign for the Warriors. ‘Chanel Harris-Tavita’ showed he’s a star of the future, playing 15 times and displaying good versatility to play both in the halves and at hooker. Started 2020 as the club’s first-choice No.6 ahead of Kodi Nikorima.

27 – Dallin Watene-Zelezniak
Had a disrupted year after arriving at the Bulldogs mid-season from Penrith, but went on to play 10 games for Canterbury and established himself as their first-choice fullback. Averaged 131 run metres across the NRL season and played on the wing in New Zealand’s mid-year victory over Tonga.

26 – Jamayne Isaako
An accurate goalkicker and proven try-scorer, the Christchurch product racked up 121 points for the Broncos last year. Played for Samoa mid-season before linking back up with the Kiwis and playing in all three of their end-of-year Tests.

25 – Joseph Tapine
Only managed 17 games last year but made a good start to 2020, averaging 28 tackles in Canberra’s first two games. Still being switched between the edge and middle right now, Wellington-born Tapine would likely benefit from some more stability in terms of where he plays each week.

24 – Dylan Brown
A back injury meant he only played 15 times in 2019, but when he was on the field he really stood up for the Eels in his rookie season, scoring four tries and setting up five. Was rewarded with selection in New Zealand’s squad for the World Cup 9s and it won’t be long until he’s in the Test team.

23 – Leeson Ah Mau
The Warriors’ best forward in the absence of Tohu Harris in 2019, Ah Mau averaged 109 run metres and played every game for the Kiwi club. Played in each of New Zealand’s four Tests last year as well.

Enjoyed the best season of his career in 2019, standing out for both club and country. Joined big brother Jesse in playing every game for the Storm last year.

21 – Moeaki Fotuaika
The big man from Gisborne had a really good 2019. Across 21 games, the 20-year-old prop averaged 133 run metres, finishing as one of the Titans’ best forwards in a disappointing year. One to watch in 2020. 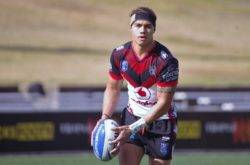