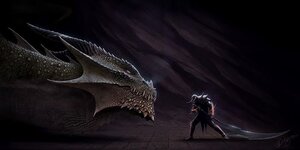 Well, what a week it has been for the Vodafone Warriors.
After the embarrassing result in Melbourne in Round 8 and then having 6 players being stood down due to what we have now learned was the misuse of prescription drugs, the Warriors had their backs to the wall.
With Simon Mannering and Tuimoala Lolohea out with injury already, things did not look great for a Warriors team that struggles to play the Dragons at the best of times.
Just before kick off things went from bad to worse for the Warriors with Thomas Leuluai being ruled out with a Hamstring injury bringing Jeff Robson back into the side.
Despite all of these changes, the Warriors came away with the victory 26-10.

The Key to victory came down to one thing ATTITUDE! watching from the sidelines you could see that the players were present and giving 100% which is something that has been sorely missed so far this season.
I looked at the young players in front of me on the interchange bench getting ready to get out on the field and seeing the excitement on their faces when they got the call to get out and play for the first grade side for the first time.
I think some of the older players (Namely the 6 that have been stood down) have forgotten what it means to play for this side and also forgotten that it is a privilege to be earned, not something they should automatically get just because they show up.
If I was in charged I would keep the majority of the 17 that played in this game for the foreseeable future as the played with guts and passion that has been lacking.

My player of the day goes to David Fusitua.
David continues to impress me, I cannot recall the last time I saw him play a bad game.
Losing Roger Tuivasa-Sheck for the season is a hard blow for the Warriors but David is a hell of a replacement.
Big things are going to be on the way for David mark my words.

My Player who needs to improve goes to the 6 players who were stood down.
I hope you have all taken a step back and got your priorities right and know that there are players in the reserve grades ready and willing to take your spots.
I have more to say about these players and the situation so I will write my thoughts on that shortly and put it up on here later this week.

Round 10 see's the Warriors travelling down to Christchurch and face the Penrith Panthers.
Jim Doyle has announced that all 6 players that were stood down last round are now all available for selection for this clash in a call that I don't agree with (One week off doesn't really let the seriousness of the situation sink in, in my opinion).
The Panthers have been tracking along a similar path to the Warriors and this game will be close.
I believe the Warriors will get the win here in a strong showing in front of the league starved Christchurch crowd.
If Andrew McFadden sticks with the side from the last round i think the young ring in's will continue to try and force their ways into the side permanently but then you could also make an argument that the 6 players that were stood down may very well walk back into this side and come out firing on all cylinders to show that they care about playing for the Warriors.
Either way, the Warriors need to show the same Attitude they displayed last round if they want to get this season heading in the right direction.

If you like what I’ve written or disagreed let me know, I would love to discuss anything Warriors related in the comments, share it with your friends on Facebook too as I want to get this out to as many people as I can and I know there are so many loyal Warriors fans happy to chat on there.

After a week away from the NRL with the international week, I can say that I cannot wait for this game.
Talk to you next week.