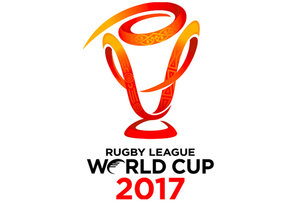 In the official draw announced today, the world #1 NZ team, looking to recapture the trophy they won in 2008, open their campaign against Samoa at Mt Smart Stadium (October 28), face Scotland in Christchurch (November 4) and take on Tonga (November 11) in Hamilton.

Christchurch and Wellington will also stage quarter-finals on November 18, with Auckland tagged for a semi-final on November 25.

Even the final allocation is favourable for the Kiwis, who have compiled an outstanding record in Brisbane – their previous World Cup success came at Suncorp, while they also took out their 2014 Four Nations opener and 2015 Anzac Test there, all against Australia.

“We are delighted to host these major RLWC 2017 match-ups and to welcome the world number one-ranked Kiwis back to Mt Smart Stadium.”

The announcement follows the agreement announced earlier this year that will see the Vodafone Warriors continue to be based at Mt Smart Stadium until 2028.

Mt Smart Stadium last hosted a rugby league international in 2010 – a clash between New Zealand and Samoa, which was won by the Kiwis

Nisbet said fans attending the RLWC 2017 matches would notice several enhancements that are being introduced at Mt Smart off the back of the new agreement with the Warriors.

These include upgraded player and media facilities in the Colin Kay Stand, new toilet facilities and food and beverage areas, and a replacement of the existing temporary screens.

“Mt Smart Stadium has proved itself as a versatile venue, which continues to attract great sport and entertainment events,” said Nisbet.

“It is among the busiest venues, not only in the region, but across the world for hosting major outdoor music concerts, and maintains excellent turf and facilities to host sports teams.

“We look forward to adding the world’s top rugby league international sides to that list in 2017.”

“The tournament draw demonstrates how far and wide we are taking matches, from established rugby league communities to those new and emerging fan bases in all three countries,” says RLWC2017 chief executive Michael Brown.

“The decision to take matches to places like Darwin, Perth, Christchurch and Port Moresby was made with the future of the game in mind. They are matches we believe will give profile to the sport in markets that have already shown an
appetite for rugby league.”

With 11 teams already confirmed, the final three teams will come from the European qualifying tournament to be played in October and November this year.

The teams that are still in the race include Wales, Ireland, Russia, Serbia,
Italy and Spain.

The pool structure reflects that of the successful 2013 tournament. The composition of the pools for RLWC2017 were shaped by a number of considerations, including the final placings from the 2013 World Cup and current world rankings.