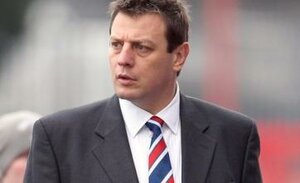 Morgan played 28 games for the Warriors in 2001-02 in a playing career that included stops at Parramatta and Canberra. He retired early and moved straight into coaching, enjoying a successful stint at Hull KR in the English Super League. Morgan returned to the NRL and spent time working alongside McFadden when both were assistant coaches at the Raiders and has more recently been an assistant to Craig Bellamy at the Melbourne Storm.

Morgan is considered a coach with a big future and was in the running for the head coaching position at the end of 2012 when Matthew Elliott was appointed. A number of good judges actually thought he would have been a better appointment.

Morgan will bring significant experience from working alongside a number of fellow coaches and obviously has an existing relationship with current head coach McFadden. He also provides insurance for the Warriors should things not work out early next season and if McFadden was moved on they would have an obvious in-house candidate to take over.

Andrew Webster, who joined the club this year, retains his role as assistant coach as well in a football department restructure that has seen Tony Iro move into a recruitment role with the NRL club.
About author
Play The Ball
This article has been written by Dale Budge. Dale is a well known rugby league commentator and journalist, having covered the sport for over 10 years.