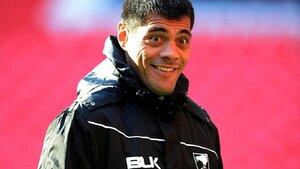 The appointment headlines a major revamp of the club’s NRL coaching staff which sees current head coach Andrew McFadden remain as one of Kearney’s assistants, Warriors legend Stacey Jones promoted to add further depth in a new role and another experienced international coach set to be signed to join the coaching team.

Current assistant coaches Andrew Webster and Justin Morgan are finishing up with the Warriors.

“I’ve been speaking to ‘Cappy’ (McFadden) about his role and I’m thrilled he’s staying on. He has so much to offer with his knowledge about the club and I’m really looking forward to working with him.

Guttenbeil (40) became New Zealand Warrior No 33 when he made his first-grade debut in 1996. He overcame multiple injury setbacks to make 170 NRL appearances for the club from 1996-2006 before finishing his playing career with Castleford in the English Super League in 2007-2008. He also played 10 Tests for the Kiwis between 2002-2005 and represented Mate Ma’a Tonga at the 1995 and 2008 Rugby League World Cups.