If crowds are poor don’t blame the fans 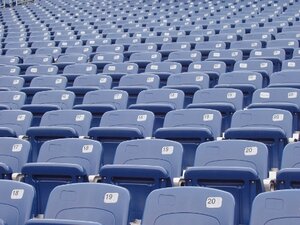 I’ve never quite understood the notion of sports organisations criticising fans for not turning up.

The onus is on the performer (or in this case the NRL) to make me want to go and watch. You can’t just put on an event and tell people they must go; you have to give them enough to entice them to make their own choice to attend.

There was criticism around the lack of crowd at the Sydney Cricket Ground at the weekend for the Rabbitohs v Dragons match. I heard respected rugby league journalists criticising the turn out as if it were the fans that hadn’t lived up to their end of the bargain. Sorry – that is rubbish. Fans will turn up if the product is good enough and the cost and experience you get when you attend is worthy of what you have to shell out. The NRL is charged with delivering a product that will cater to those tastes.

The NRL needs to examine more closely why fans don’t attend rugby league matches the way some rival sports are supported. Blaming the fans you already have isn’t going to encourage those fans to attend more frequently. In fact it could have the opposite effect.

I would suggest some of the reasons why crowds aren’t as big as everyone involved in the sport would like are among the following.

Fans are over-saturated with games in Sydney. There are nine clubs located in the greater Sydney area – more than half of the teams in the competition. Naturally that means around half of all NRL games in a year are played in Sydney – over supply pushes down demand. The obvious solution is to increase the number of clubs elsewhere while even reducing the number of clubs in Sydney.

Fans are over-stimulated from the recent State of Origin series. Origin has quickly exploded to huge proportions, dominating media coverage and consumption. With the series now concluded, regular season NRL takes a hit while people find their appetites again. This is a major problem for the NRL and the future scheduling of Origin fixtures has been an ongoing discussion for the powers that run the sport.

Some fans are disillusioned with the quality of the game, which may have led to a reduction in the number of active fans out there. Overly-structured football, wrestling, the removal of shoulder charges and fighting, refereeing standards, video referee and rule confusion are all contributing factors why some fans have given up on the game they used to love. The NRL has taken the stance of cleaning up the game to attract new audiences – but where is this new audience?

The actual staging of games must be questioned as well. Bigger stadiums can lead to less atmosphere or connection to fans, high ticket prices, poor quality or expensive food and drink, over-priced replica apparel and too many different playing strips all play a part in this area as well.

The bottom line is that if anyone needs to be blamed here for lower-than-expected interest in the sport it can only be directed at those that are charged with running it.

Discuss and interact with the author via the Twitter handle @playtheballnz