You would have to be an idiot to try and predict how a season will go for a team before a ball is even kicked. Luckily we have those in abundance here at kiwileaguecentral.com. Here is our bold, and probably completely wrong, guess at how season 2016 will go for the Melbourne Storm. 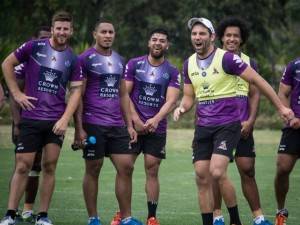 Our prediction: Finals footy again for the Storm. Credit: melbournestorm.com.au

Amid talk that they were getting too old to be legitimate contenders the Storm found a way to once again play through September.

Kiwi players featured heavily for Melbourne in their run to the finals, with Jesse Bromwich clocking up massive numbers in the middle of the park and Tohu Harris and Kevin Proctor showing class time and time again on the edges.

A tough finish to the year, where they faced fellow top eight teams in their final three matches, meant the Storm went into the finals battle-hardened.

Where they finished: 5th