You are using an out of date browser. It may not display this or other websites correctly.
You should upgrade or use an alternative browser.
You would have to be an idiot to try and predict how a season will go for a team before a ball is even kicked. Luckily we have those in abundance here at kiwileaguecentral.com. Here is our bold, and probably completely wrong, guess at how season 2016 will go for the Manly Sea Eagles.

They made a slow start to the year, looking out of sorts at times as they fumbled their way in attack and gave up some soft tries. 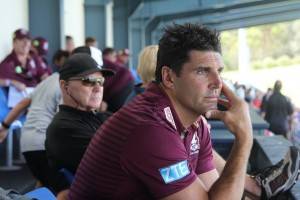 Our prediction: A slow start not enough to stop Manly from a convincing regular season. Credit: seaeagles.com.au

But that will happen when you have a team full of guys who haven’t played much footy together. They got it together pretty quickly though and Manly were a force to be reckoned with from that point on.

In the halves Daly Cherry-Evans directed traffic well while Dylan Walker was a lethal runner of the ball.

Where they finished: 2nd