You would have to be an idiot to try and predict how a season will go for a team before a ball is even kicked. Luckily we have those in abundance here at kiwileaguecentral.com. Here is our bold, and probably completely wrong, guess at how season 2016 will go for the Parramatta Eels.

Parramatta were among the biggest on-field improvers from last year, spending parts of the year inside the top eight.

For much of the season their attack was fluid and entertaining to watch, with Fijian monster Semi Radradra and the fleet-footed Michael Jennings benefiting with plenty of four-pointers. 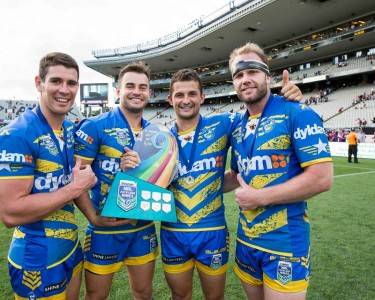 Our prediction: Oh so close for the Eels who finish one spot out of the finals. Credit: parraeels.com.au

But the Eels’ star signing and best player, Kiwi halfback Kieran Foran, struggled with niggling injuries and missed a couple of games which Parramatta went on to lose.

In the end they fell just short of a return to the finals, but showed enough to suggest they can be a real force in 2017.

Where they finished: 9th