You are using an out of date browser. It may not display this or other websites correctly.
You should upgrade or use an alternative browser.
You would have to be an idiot to try and predict how a season will go for a team before a ball is even kicked. Luckily we have those in abundance here at kiwileaguecentral.com. Here is our bold, and probably completely wrong, guess at how season 2016 will go for the Brisbane Broncos. 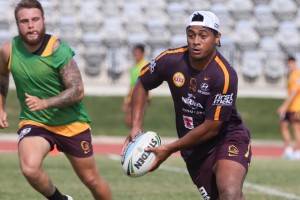 Our prediction: The minor premiership heads to Brisbane in 2016. Credit: broncos.com.au

Last year’s beaten finalists started and finished the season strongly, edging past their rivals to claim the minor premiership, even though Wayne Bennett would probably have preferred they didn’t.

The usual suspects – Corey Parker, Andrew McCullough and Anthony Milford – were all reliable performers across the 24 games, while young Kiwi Kodi Nikorima found another level with an increased on-field role.

Like with most of the top teams Origin wasn’t kind to Brisbane, but they recovered to finish the regular season well.

Where they finished: 1st