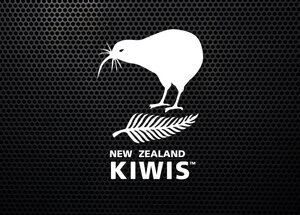 Five of the six misbehaving Warriors players were misusing prescription pills and energy drinks on their now infamous night out last week.
Now we know the full story we can see the end result is they shouldn’t be playing in the test this week. We have arrived at the right end result but the manner in which we got there is still wrong in my opinion however.
The Warriors shouldn’t have been the ones to ban them from playing international footy – that is the responsibility of the national teams. Kiwis coach Stephen Kearney and his selectors wouldn’t have wanted those players involved given the side’s own history with prescription pills and energy drinks but the Warriors jumped the gun and forced their hand.
While I applaud Jim Doyle and club for wanting to punish these players appropriately but by going down this path they open up a precedent for other NRL clubs to hold back key players in the future. All an NRL coach would have to do to prevent a star player from turning out for the Kiwis in the future is to say the player in question has been banned for breaching club protocol and the Kiwis wouldn’t have a counter argument based on the events of this week.
The sport has to do more to sort out the shambles that is the international game. Leaving things to due process would be a start. A phone call to the NZRL to explain what actually had taken place would have been enough to have the players ruled out on the Kiwis terms.

Agree
International league is run by Australians
Its their game so stop Internationals all together,Let them play state of origin every weekend