He turned down big money from the Warriors in 2014 to remain loyal to Manly, but was unwanted under the new regime at Brookvale Oval. Last year Hiku ran for more metres than any other Sea Eagles back, averaging 131 per game, and at Penrith is a good chance of nailing down a spot at fullback or centre. A worker on both sides of the ball and knows his way to the try-line. 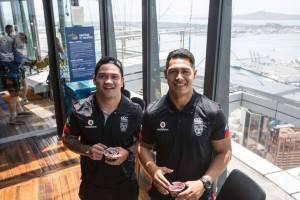 Issac Luke and Roger Tuivasa-Sheck are the feature signings for the Warriors in 2016. Credit: warriors.kiwi

Luke had been on the wishlist at Mt Smart Stadium for a number of years, and despite not being at the height of his powers over the last couple of seasons he remains one of the NRL’s best dummy-half runners. His arrival in Auckland isn’t just good news for the Warriors, with the Kiwis sure to benefit from Luke playing day-in, day-out with fellow Kiwi spine members Roger Tuivasa-Sheck and Shaun Johnson.

Looks a great move from Taupau’s point of view, moving from a team tipped to finish towards the bottom of the table to a club who should feature in the finals in 2016. Few forwards in the game can influence proceedings with ball in hand like Taupau can, and he tips the scales in terms of sheer intimidation factor. One of many good pickups for Manly. 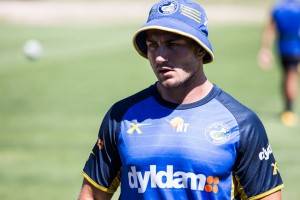 Kieran Foran caused a frenzy among NRL clubs before eventually penning a deal with the Eels. Credit: parraeels.com.au

On his day one of the premier playmakers in the NRL, Foran is so highly regarded that some league pundits believed Manly should have made securing his signature their top priority last year. History shows that didn’t happen and now Parramatta will instead benefit from his services. The Ellerslie Eagles junior looks set to move into the no.7 this year, but that won’t change anything about the calm and calculated style he brings to a team.

One of biggest signings registered across the entire NRL, ‘Roger Tuivasa-Sheck’ heads home to form part of what will arguably be the best spine in the competition. The Otahuhu local set a new record for the most running metres in a single season last year, while also adding some playmaking ability to his repertoire. Not since Wade McKinnon’s 2007 season have the Warriors had this type of attacking threat in the no.1 jersey. Everything so far suggests this is an excellent signing by Jim Doyle and co.

With Mahe Fonua and Kurt Mann departing Melbourne at the end of last year Hawkins has a legitimate shot at making the centre spot opposite Will Chambers his own.

With Luke Brooks and Mitchell Moses considered the future of the halves at the Tigers, talented Junior Kiwi Martin heads to Penrith seeking opportunities. With incumbent playmakers Jamie Soward and Peter Wallace having injury struggles of late Martin seems well positioned, and has been getting big applause for his performances through the pre-season.