Deception of fans must stop 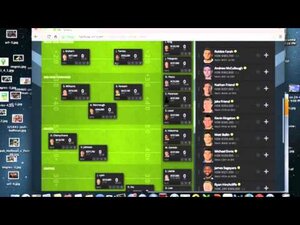 How is it that a player be named to play in a fixture only to be withdrawn just prior to kick-off and announce that he’s out of action for a month?

That is what happened last night with Panthers winger Josh Mansour. The Kangaroos winger was named in the Penrith side to play South Sydney, put in the official program, accepted as a starter by the wider public only to be missing from the team sheet an hour before the game. Panthers boss Phil Gould then tweeted that Mansour would be missing for the next 4-6 weeks with injury.

In an age where sports betting, fantasy sports and tipping competitions are worth mega bucks how does the NRL allow this flagrant deceit of the public? It has serious implications for those industries above. The NRL is happy to take the financial spin-offs from revenue gained across all three, they’re happy to have fans assume a star player will be taking part in a fixture and presumably an extra reason to encourage fans to attend only to let them know when its too late that he was never really going to play.

It is one thing having a guy break down in the warm-ups – that cannot be helped – but Mansour was never going to play this match. The Panthers aren’t the only ones – all clubs seem happy to play games with the opposition. Often when a young player is set to make his debut you get coaches hiding that fact until an hour before kick-off when the team sheets must be handed in to NRL authorities.

While Mansour’s exclusion hardly impacted on the outcome of the game – the thousands of NRL fans that inserted him into fantasy teams were impacted. What if it were a player like Johnathan Thurston that was managed in a situation like that. His inclusion or exclusion could very likely alter the entire outcome of a game. Clubs are selfish – they have no interest in the good of the sport but only on how best to improve their chances of winning each week.

The NRL needs to take a hard stance on this. There is talk next year that teams will be released online each Wednesday – it needs the NRL to ensure that the side named is the side that takes the field otherwise they are openly deceiving their own fans.