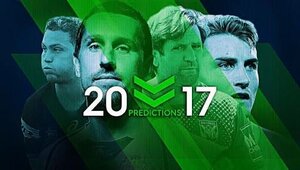 17. Otahuhu bounce straight back from being relegated last year and win the Auckland second division, reassuming their place in the Fox Memorial Premiership for 2018. Signing John Ackland as head coach proves a masterstroke.

15. Tokoroa boy Zane Tetevano turns out to be one of the best Kiwi signings of 2017, adding plenty of value to the Sydney Roosters, despite his signature attracting little attention over the off-season.

14. Surprise! The Benji Marshall experiment at the Brisbane Broncos turns out to be weird. He plays mostly halves in the Queensland Cup and is a superstar in that comp, leading his team to the semi-finals.


Benji Marshall – don't see how he's first choice centre, wing, fullback as he says he wants to be. Good on him for taking huge challenge tho

13. Papakura win their second-consecutive Fox Memorial title in Auckland. The Sea Eagles have too much talent all over the park.

12. A slow start by the Warriors has new head coach Stephen Kearney feeling heat, plenty of heat, but the club and Kearney remain unfazed. It gets better later in the season.

11. Thomas Leuluai’s return to the Wigan Warriors is a big success. He steers the reigning champions through a season where they are in the Super League’s top three come crunch time.

10. Playing for the Kiwis, David Fusitua finishes the 2017 Rugby League World Cup as the joint-highest try-scorer, sharing the honour with Australia’s Valentine Holmes. 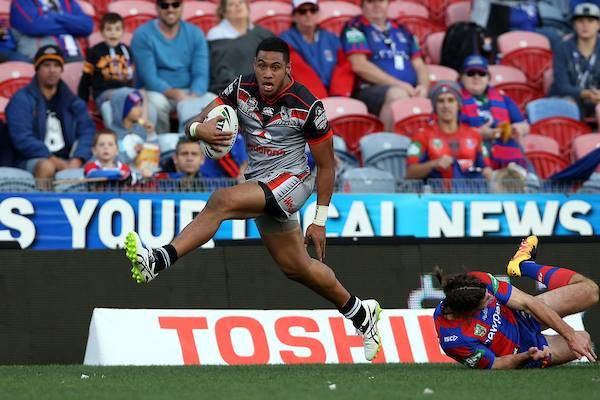 David Fusitua scored two tries in his debut for the Kiwis at the 2016 Four Nations. Credit: photosport.nz.

9. In just his second year of NRL football, Te Maire Martin forms one of the competition’s hottest halves combinations at Penrith alongside Nathan Cleary. The Panthers go deep into the finals off the back of the pair’s brilliance.

8. Junior Kiwis hooker Brandon Smith announces himself as a future Test prospect with a few strong performances for the Melbourne Storm, in the absence of Cameron Smith over the State of Origin period. By the end of year he’s in the train-on squad for the Kiwis.

6. With Kieran Foran, Shaun Johnson, Ben Matulino, Ryan Hoffman, Charlie Gubb, Albert Vete and Bodene Thompson all off contract at the end of the year, the Warriors lose some serious talent to other clubs, and the fans aren’t happy about a couple of the recruitment decisions. 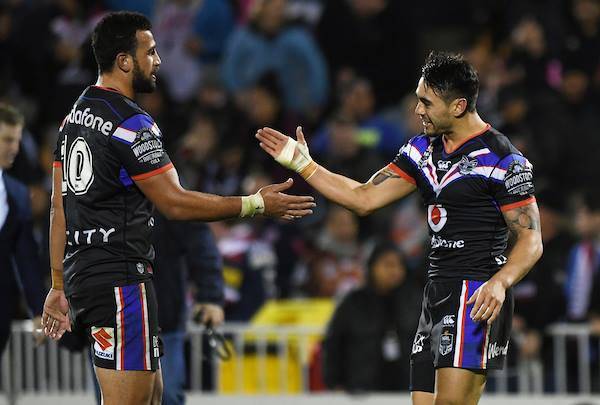 Ben Matulino and Shaun Johnson are both off contract at the end of 2017. Credit: photosport.nz

5. The Kiwis bring in a new mentor to help David Kidwell out in the World Cup year. A few parts of the 2016 Four Nations campaign set alarm bells ringing at NZRL HQ.

4. The New Zealand-hosted sections of the 2017 Rugby League World Cup are hailed by most as a big success. Affordable tickets mean crowd attendance figures hit the targets set by organisers.

3. Fuifui Moimoi features on ESPN at some point during his stint with the Toronto Wolfpack in England’s second-tier League 1. Bookies are split on whether it will be for a big hit, or something completely bizarre and hilarious.


2. Jason Taumalolo is still the best Kiwi player in the world, but he doesn’t really get close to winning back-to-back Dally M Medals.

1. Kieran Foran won’t be in a Warriors jersey come Round 1, but he will play for them in 2017 and add plenty to the struggling Kiwi franchise.